Last Saturday was Derby Mini Maker Faire 2013. This was a free family friendly event for people who make things. It was run at the newly re-furbished Derby Silk Mill, which is the worlds first automated factory.

I decided to run a DIY marble run (an idea I had run before at the Silk Mill). I set up a blank set of ‘runs’ which marbles can be dropped down. Then people can add things to make the marbles roll down in more interesting ways. People can also alter and adjust things other people had added.

This was run to try and get younger folk involved with science, technology, engineering, art and mathematics.

A time-lapse of the marble run in action is here (Thanks, Gareth!):

The marble run started as a pretty blank canvas to which the visitors added loads of inventive and crazy additions. It was quite amazing to see it develop over the day and the activity was crowded with young folk for the whole day. Hopefully we inspired a new generation of makers. Thanks to everyone involved with organising and helping out. 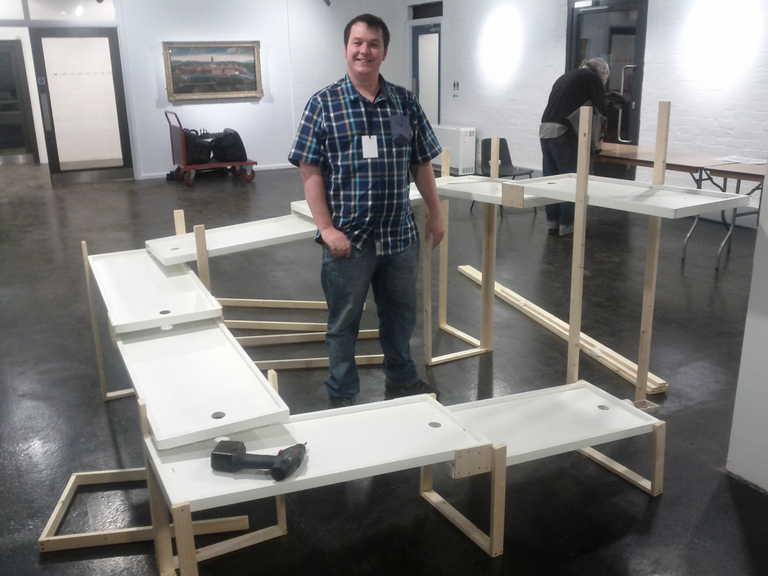 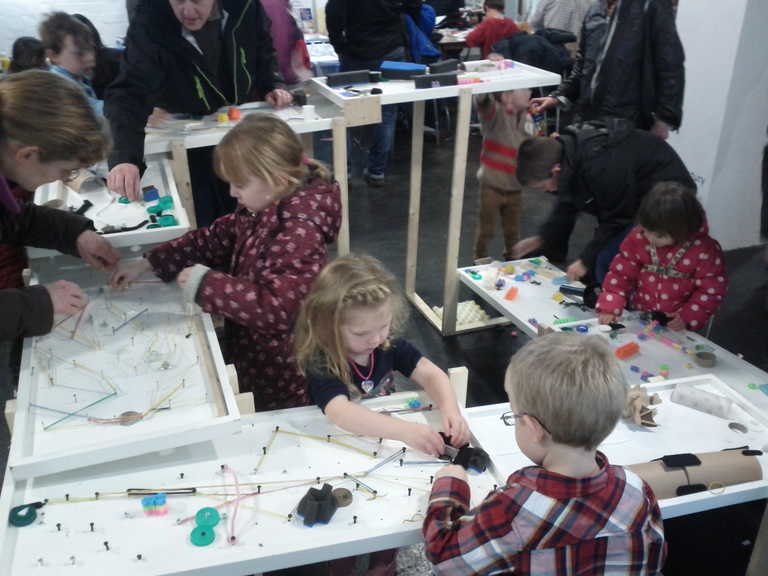 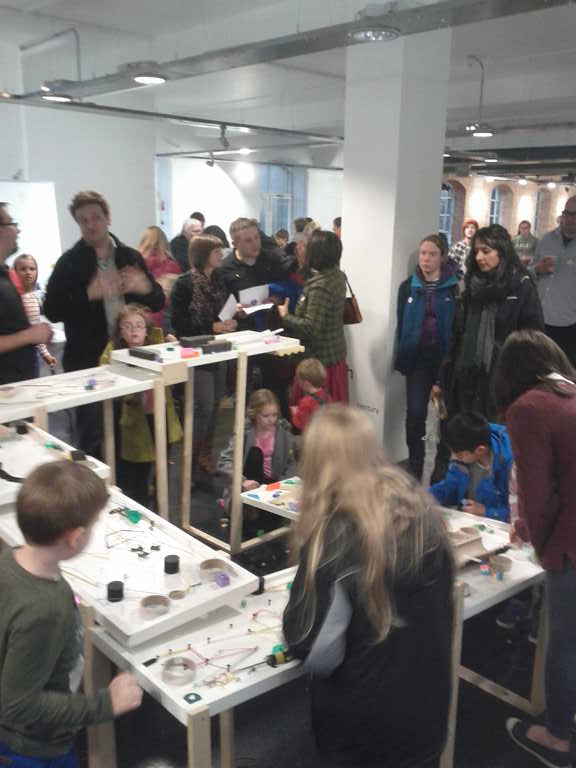 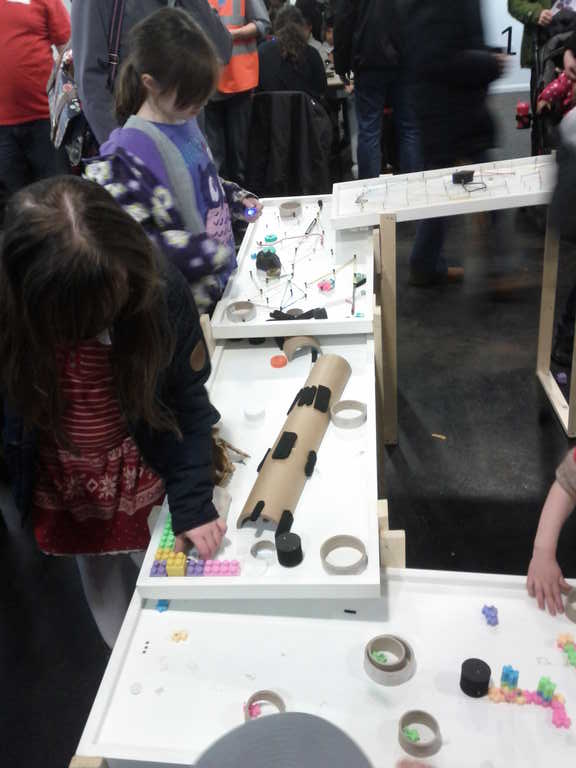 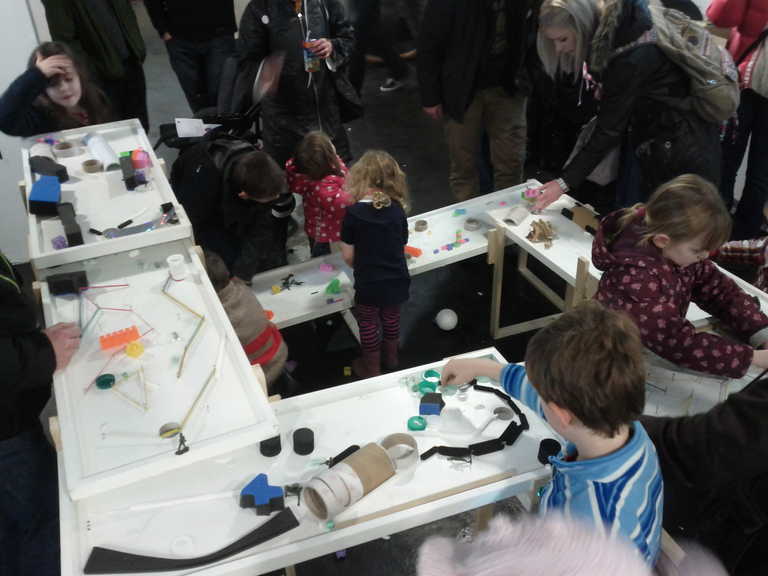 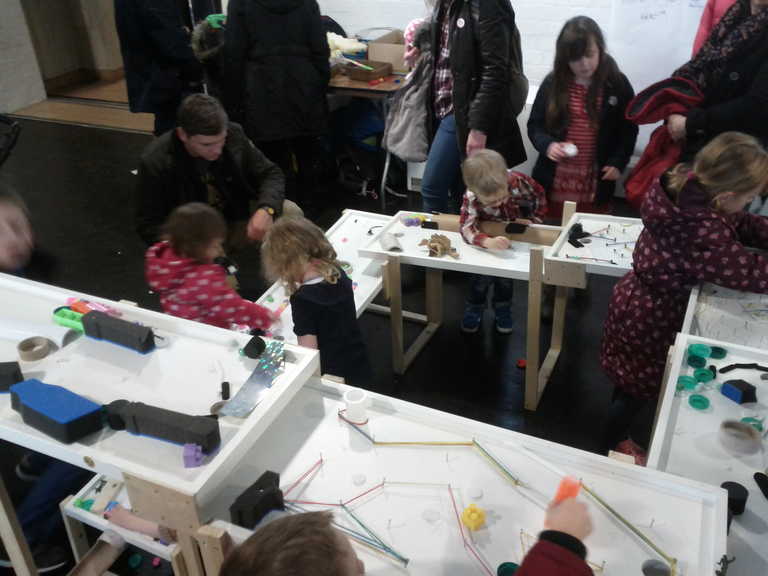 All the items were scrap materials, mainly obtained from the awesome Playworks Scrapstore in Nottingham.

The event was great with loads of interested attendees and stall-holders. It was amazing to see the new space at the Silk Mill and to get jealous of their huge new CNC milling machine.