For the past three years I have been running an ‘introduction to solar photovoltaics’ workshop at the Small Is…. festival and this year was no exception.

The Small Is… festival is a collaboration between Practical Action and Engineers Without Borders UK set in the grounds of Practical Action’s headquaters, The Schumacher Centre, near Rugby. The festival is inspired by the ideas and philosphy of E.F Schumacher who wrote the book ‘Small is Beautiful: Economics as if people mattered’. There were numerous hands-on workshops, talks and discussions relating to appropriate technology, international development and envirnmental awareness.

This year the standard was raised even higher with a larger venue, more speakers and workshops, amazing decoration and some top-class music.

I ran a one hour session with a hands-on workshop to look at different types of solar PV module and to build a small off-grid power supply system. It attracted a large group of about 40 attendees which was great, but meant that the session was a bit rushed as a couple of groups did not quite get their systems fully running. I handed out a worksheet which contained all the information I explained and is available to download here. 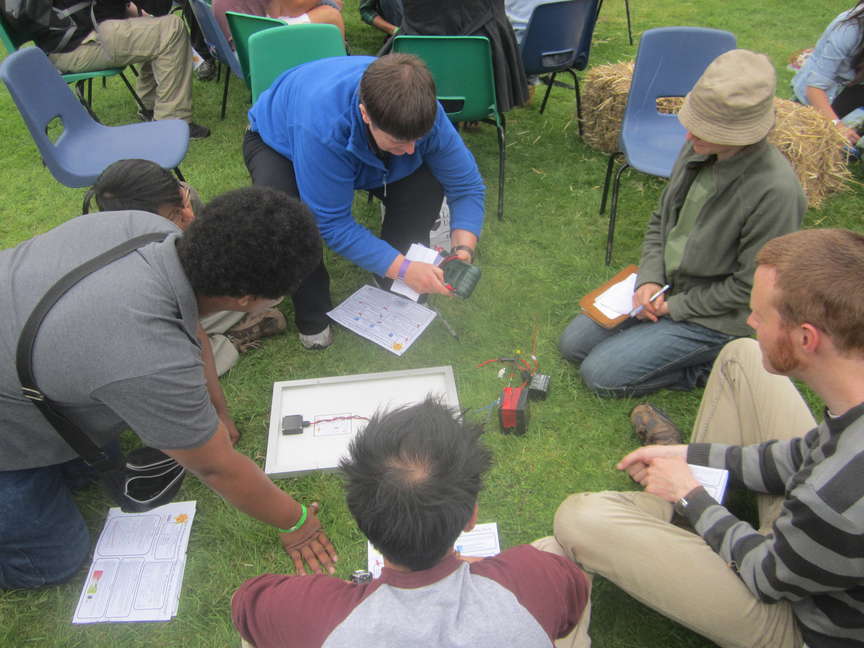 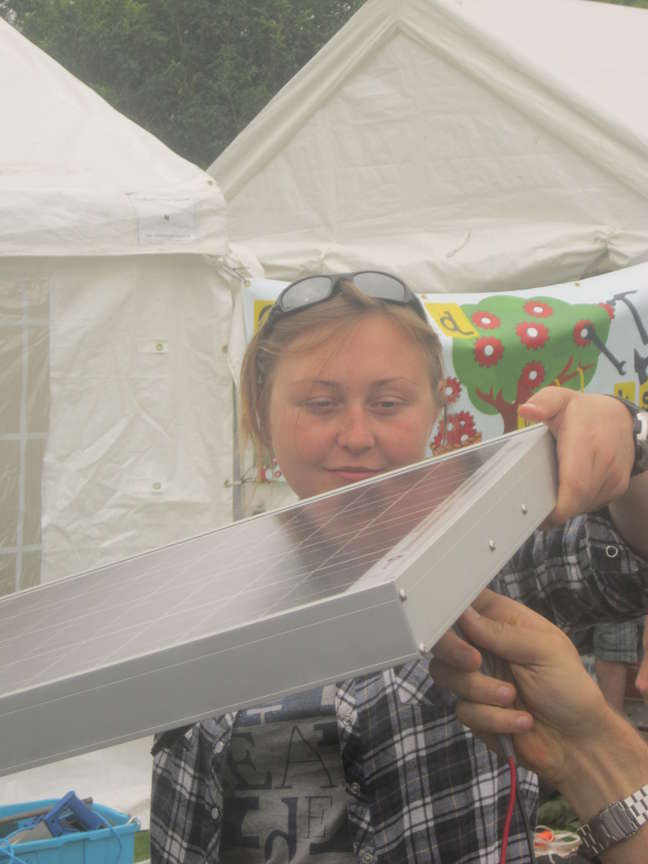 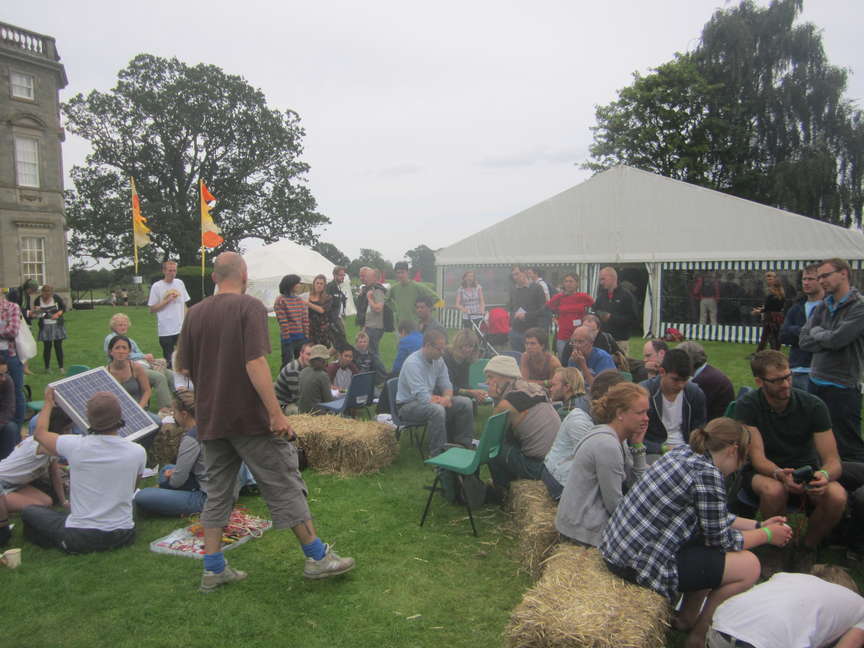 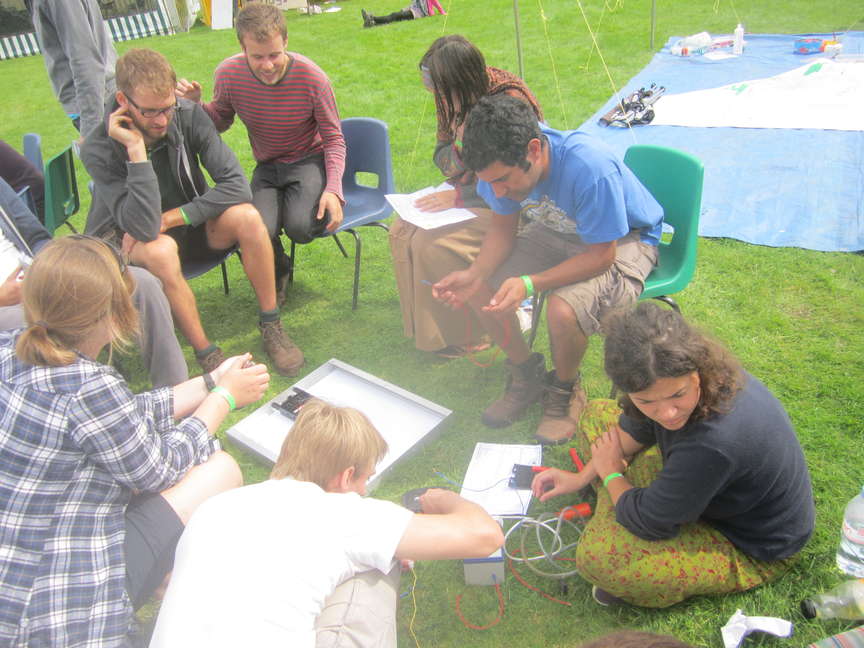 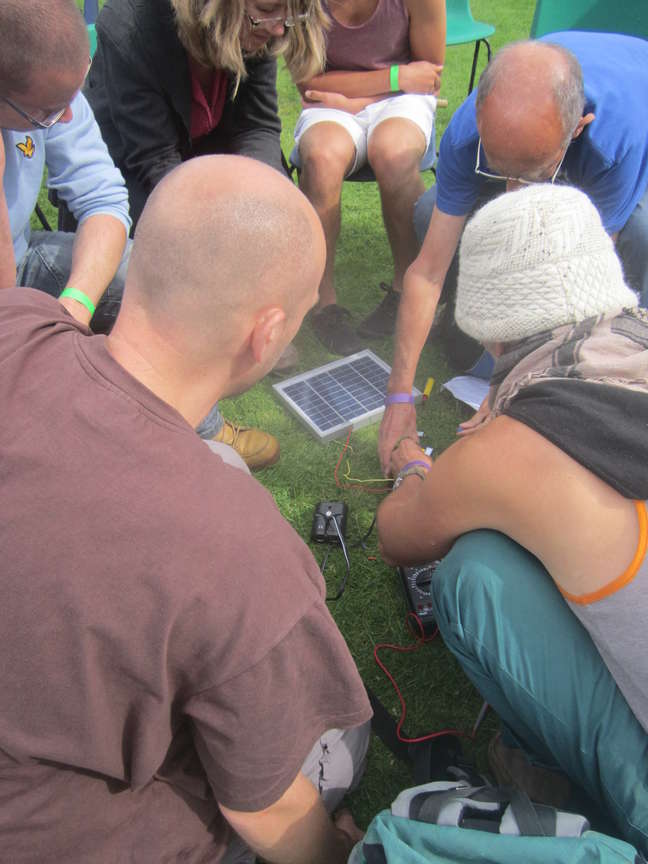 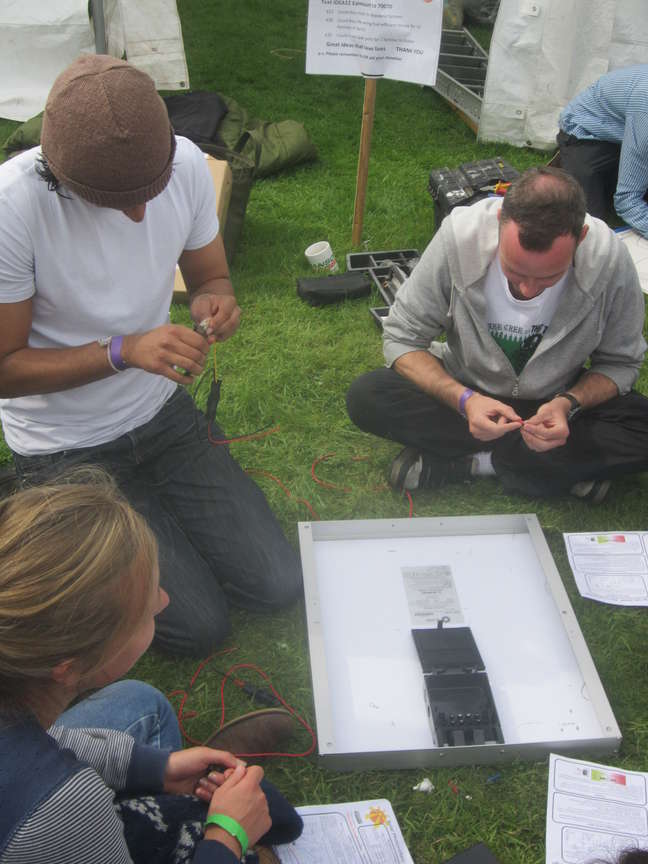 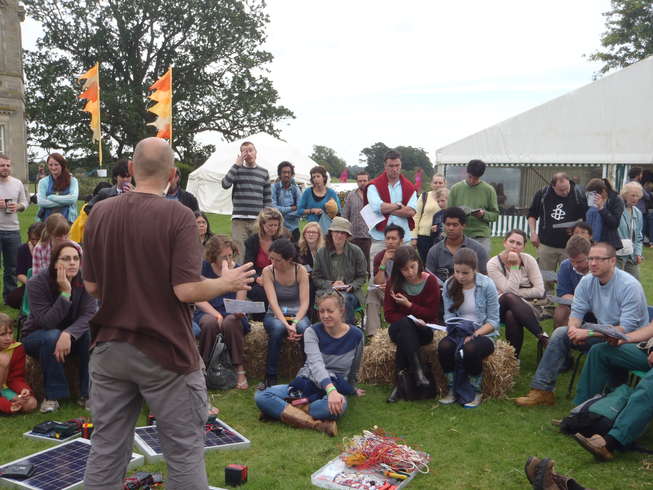 Thanks to Aran Eales for taking these photos during my workshop

This is the solar design sheet used for this workshop.

There was loads to see and do, including great music and talks by Adam Hart-Davies, Tony Juniper, Jonathan Poritt and Trevor Bayliss. Everyone running a workshop or involved with a discussion was knowledgeable and raised interesting points and ideas. It always leaves me with inspiration and ideas for new projects and plans.

Fellow Nottingham based group V3 Power were there talking about hand-built wind turbines (they talked before me and I stole a lot of their audience). 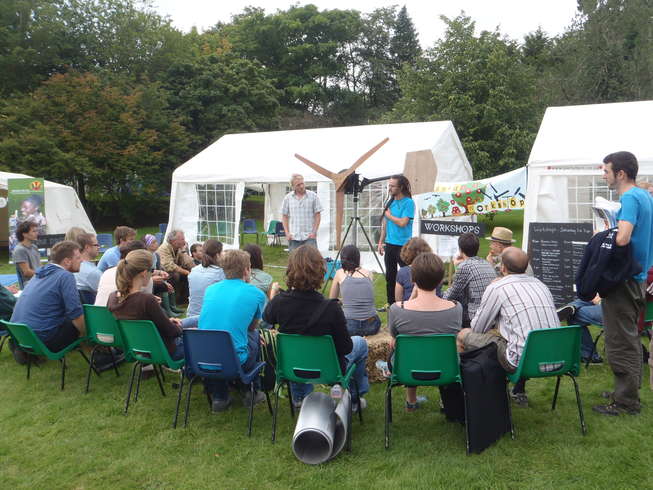 I attended a pico-hydro workshop run by Sam Williamson. Here was the kit he developed to build a tiny hydro turbine which we tested with buckets and pipes: 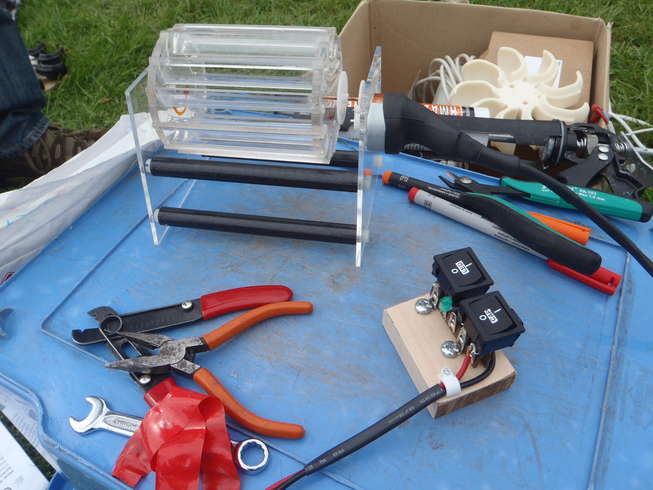 I also attended a homebrewing beer workshop, which will help with my brew station at the Nottingham Hackspace.