Last Friday saw the Magnificent Revolution 20 bike cycle-in cinema being set up for the Milton Keynes Fringe Festival for an event organised by Independent Cinema MK.

The event attracted loads of keen cyclists, both young and old. Team MK were there and pedalling for the whole 3 hours. We even had power generated by the Mayor and a number of local MPs.

The event ran throughout the day and showed a number of interesting family-friendly animations, chosen by local animator, Tim Searle. 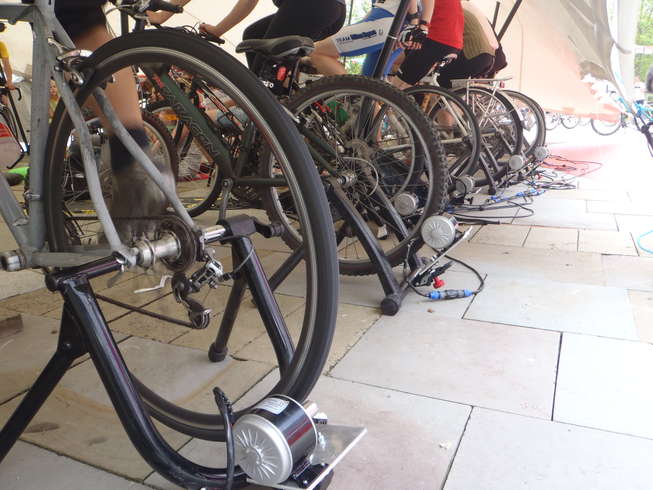 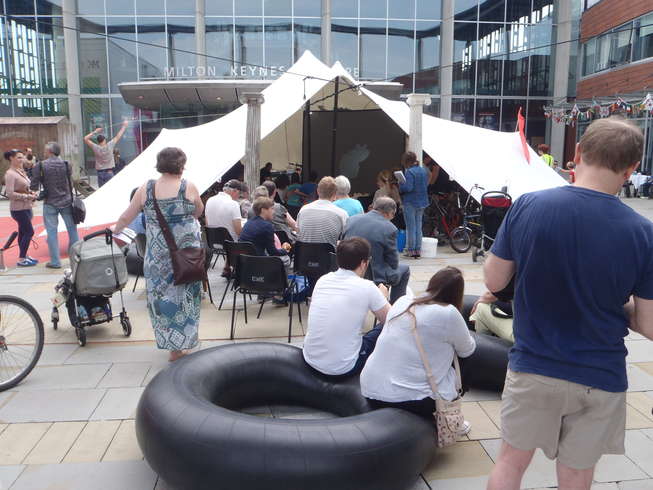 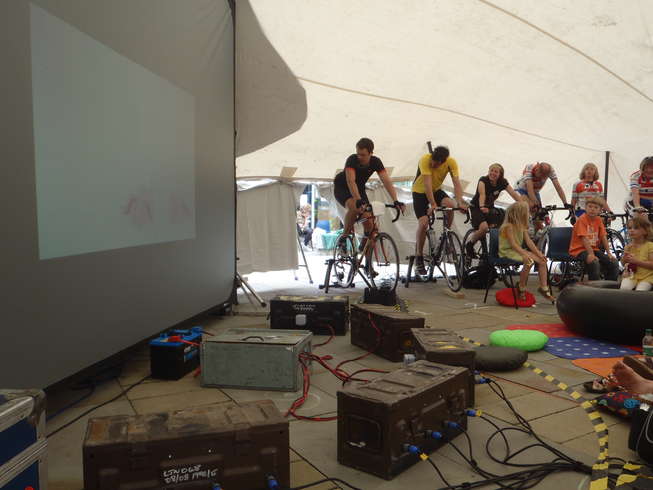 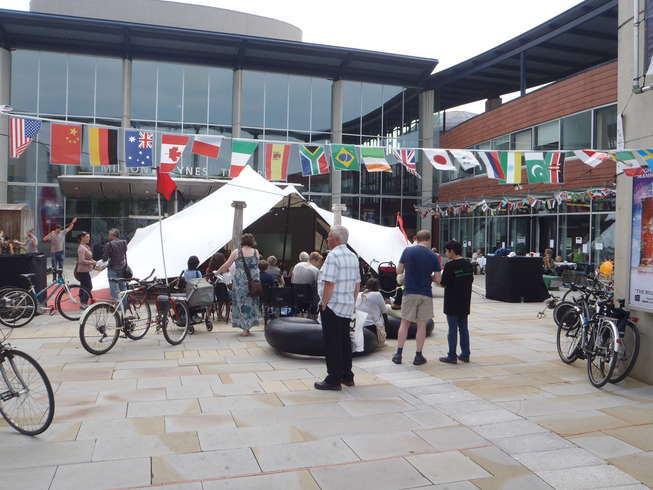 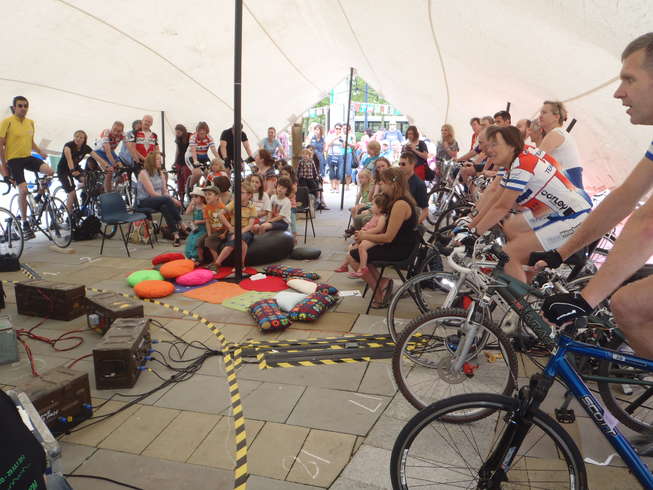 RE-Innovation has been involved with Magnificent Revolution for a number of years now and were involved with the design and build of the 20-bike generator and electrical system. We have worked together for a number of other pedal-powered projects including the giant power monitor at the Arcola Theatre.