In June, Rewired State in conjunction with the Guardian ran a competition called (H)activate. This was a hack weekend, where software developers get together and work on some form of software/hardware challenge. The focus of the competition was to develop a phone application relating to an international development issue. One of the competition prizes was a weekend training with Engineers Without Borders. The weekend challenge (which happened recently, Oct 15/16th) was to build a self-sufficient ‘pop-up’ office which can be deployed quickly and easily. I was asked to run the solar power workshop to provide the office with light and power.

Around 10 competition winners arriving from various parts of the UK and further afield (a couple of guys arriving from Holland). There were four main workshops:

The structure was a Hexayurt, with a workshop taught by Vinay Gupta. The hexayurt concept is to produce a building from standard sized sheeting products with no waste. In our case we used 8′ by 4′ wood board panels. This was hands-on, working into the dark but by 8pm we had the office structure built. 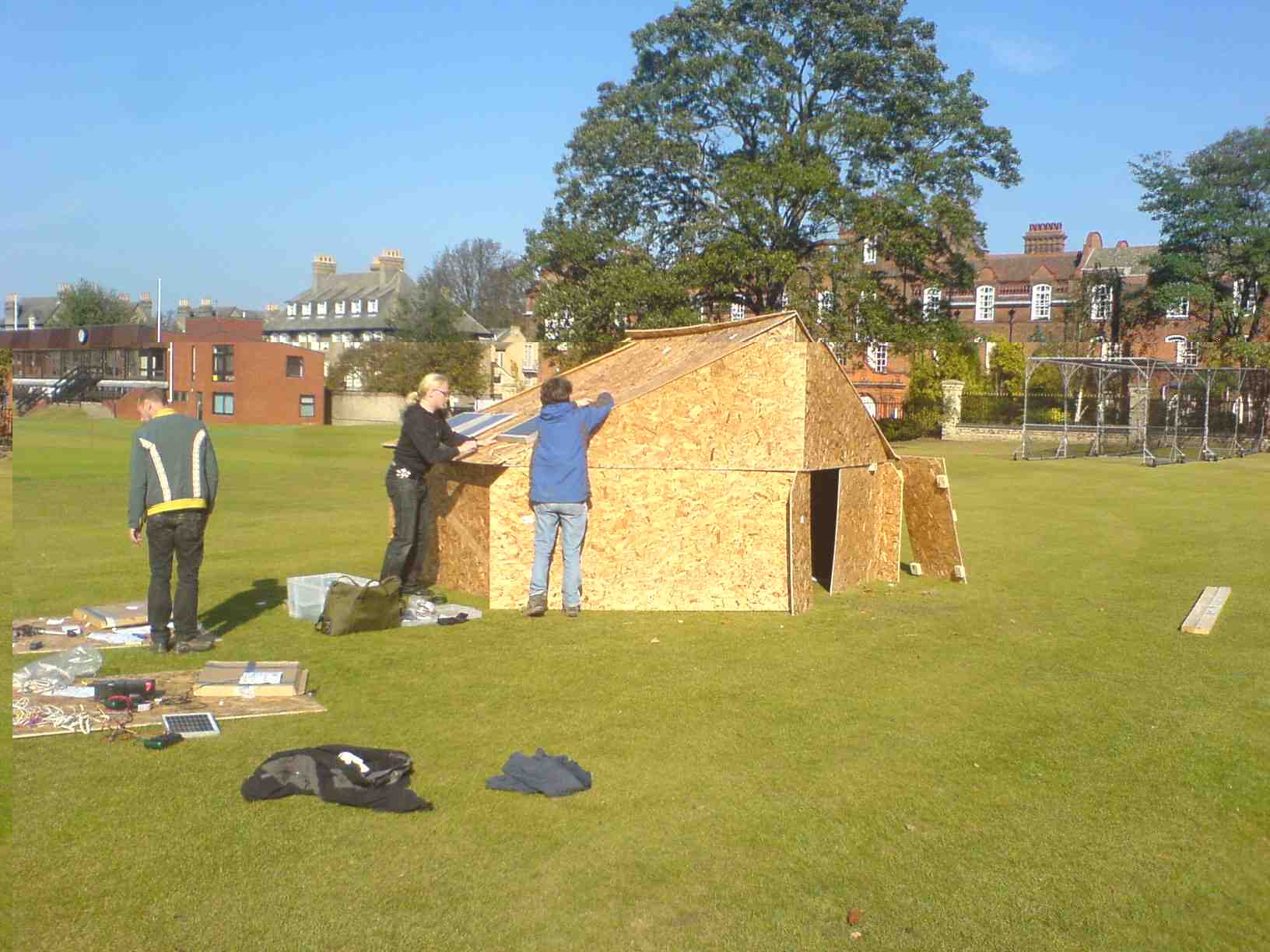 The office needed furniture, which was built using the Grid Beam concept.This workshop was run by Alan Jackson and Chris Wilson from Aptivate (who also ran the low-power computing workshop). The Grid Beam concept is a simple, modular construction method to build almost anything. Its a bit like large meccano. You can make your own using square section wood, a drill press, 10mm drill and some nuts and bolts. I have used this technique before and am very impressed by it. 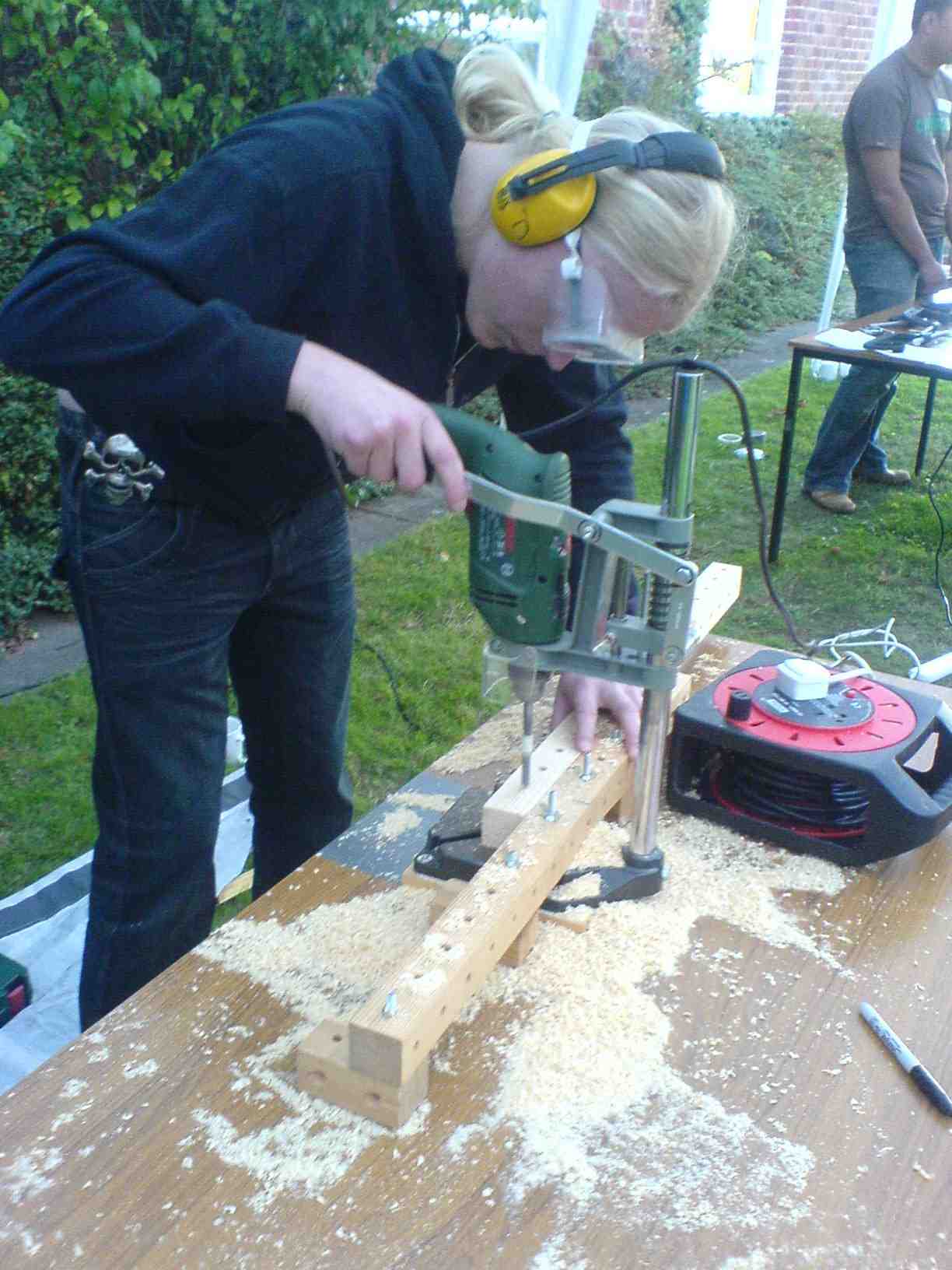 Drilling the wood for a grid beam table structure

On Sunday morning I ran a solar photovoltaic off-grid power workshop. Luckily the sun was shining (pretty good for late October) and in two groups we built small solar power systems to provide 12V to low power LED lighting and the computer systems. 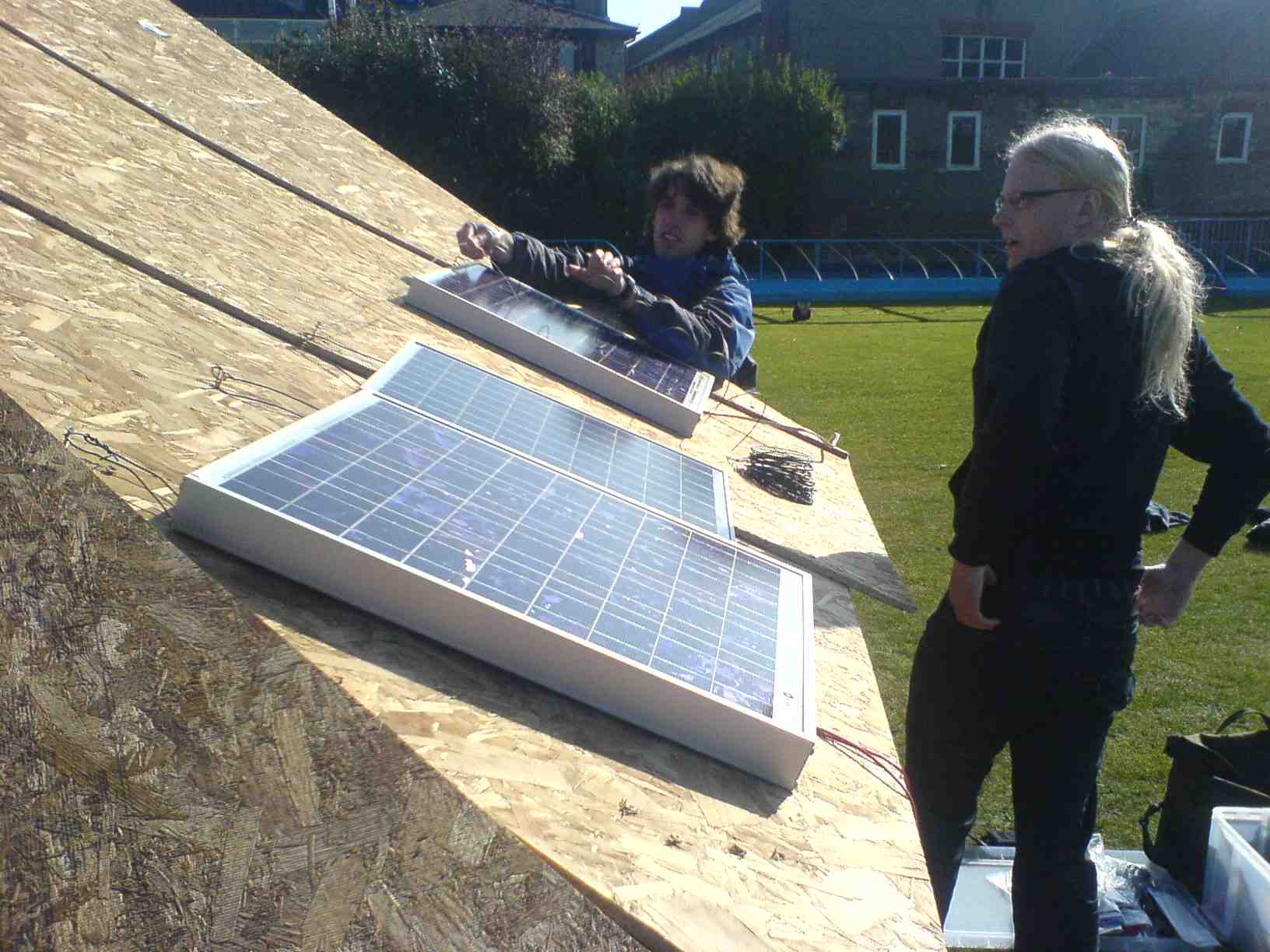 Alan and Chris from Aptivate then ran a session on low power computers. They introduced the concept of ‘thin clients’ running open source software for power saving and reduction in maintenance cost. They work on low power and low cost computing system for international development. They also showed a number of very low power computing and information devices. 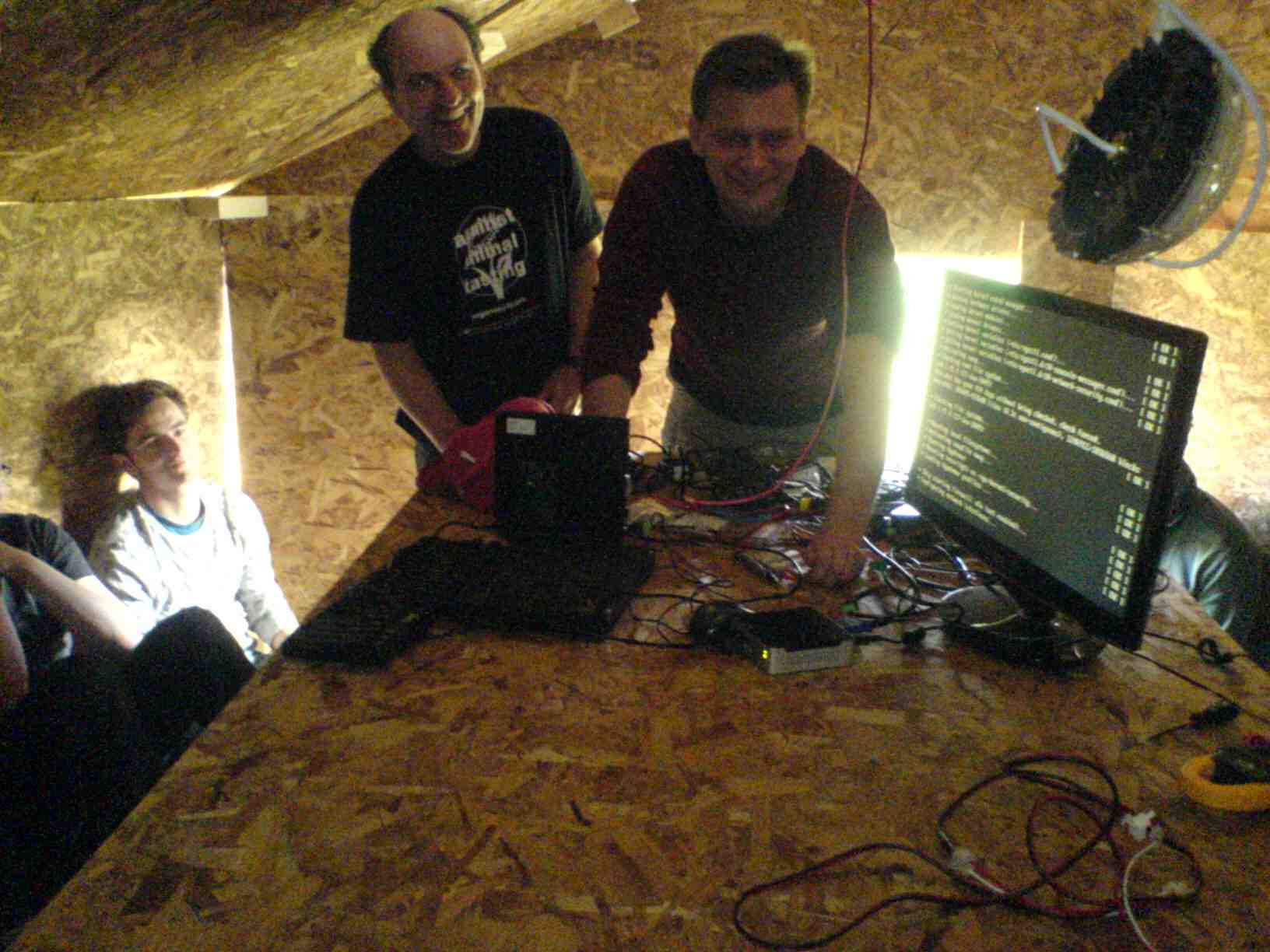 I had a great weekend and it was really interesting to chat to the participants who had come up with some great applications.

Everyone with the finished pop-up office

There are more photos from one of the participants (Appie Verschoor) here.