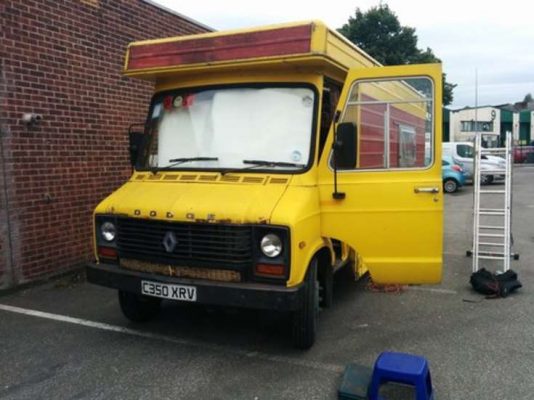 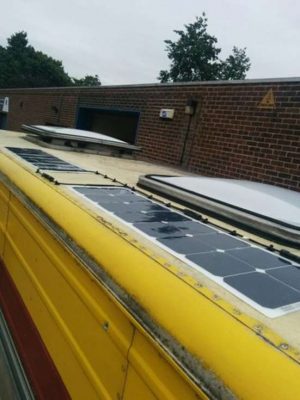 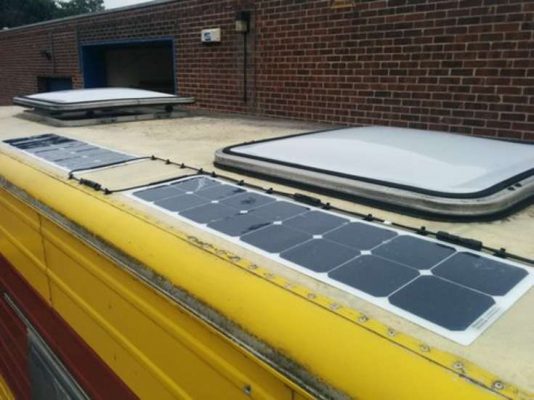 Helena has an amazing large bus which she takes around various festivals during the summer months. She is used to using a battery based system but had got tired of lugging batteries from the van to get them charged. 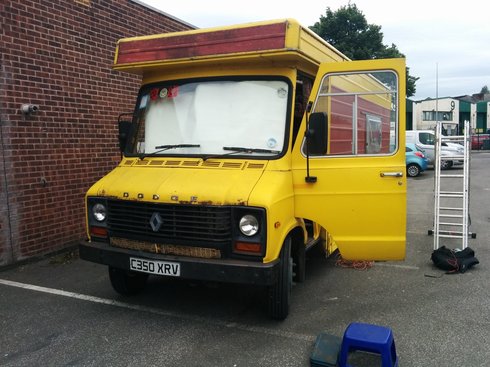 As the roof also has skylights, we used two half-modules, which were rated for 6V and 50W each, so the total was a 100Wp 12V PV system. These were affixed to the roof using high quality polyurethane adhesive sealant. 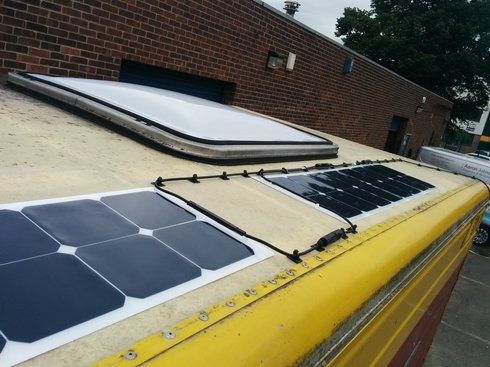 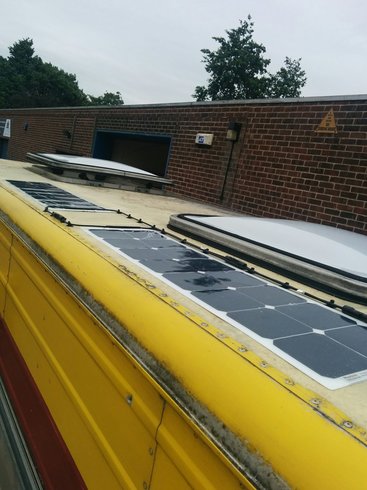 We added a charge regulator to the system. 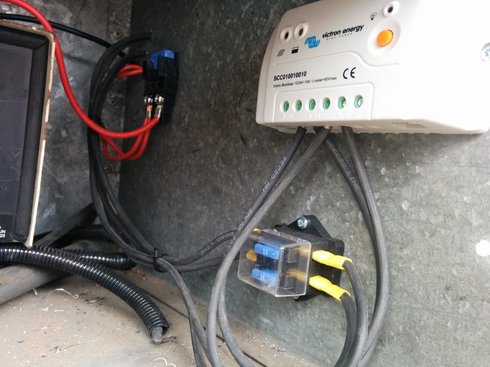 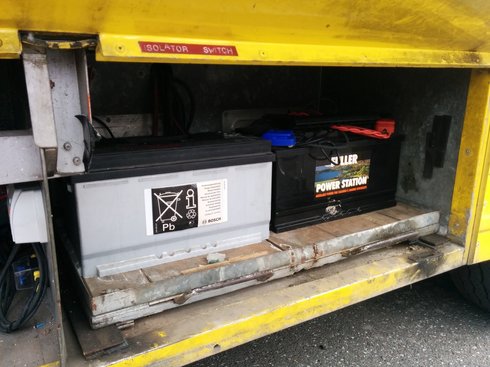 The loads we generally quite small, with LED lights and a small radio, but also to be powered were some hair straighteners and a electric juicer (who said you can’t look good and stay healthy while at a festival?).

The hair straighteners were only a 25W load and were used for around 5mins every other day or less, so this was not a big problem, but meant we needed to add an inverter.

The electric juicer was very high power requiring 600W, but only used for short bursts of 20-30 seconds. This meant we needed to add quite a high power inverter. We used a Victron inverter for this. 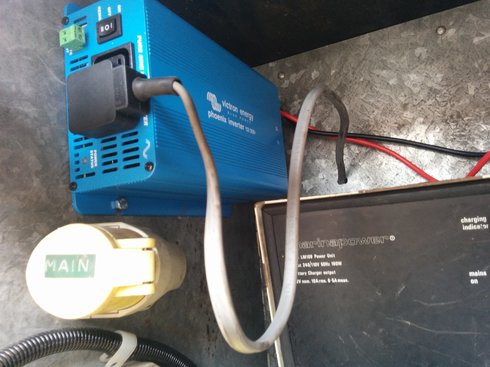 The final system has been very successful and has been in use for over a year now. The PV modules also keep the battery trickle charged while it is parked up over winter.

Please contact us if you would like Re-Innovation to help with your project or provide a training course.