Until now I’d not taken the leap into the world of 3D printing. I’d followed the various designs as they improved but always thought that the outputs from the lower cost printers did not look professional enough. Also the time taken to print items did not lean towards mass production for the kits I sell (www.curiouselectric.co.uk). But when I saw that the Ender 3 from Creality had good reviews and was available for under £200, I thought I’d take the plunge. 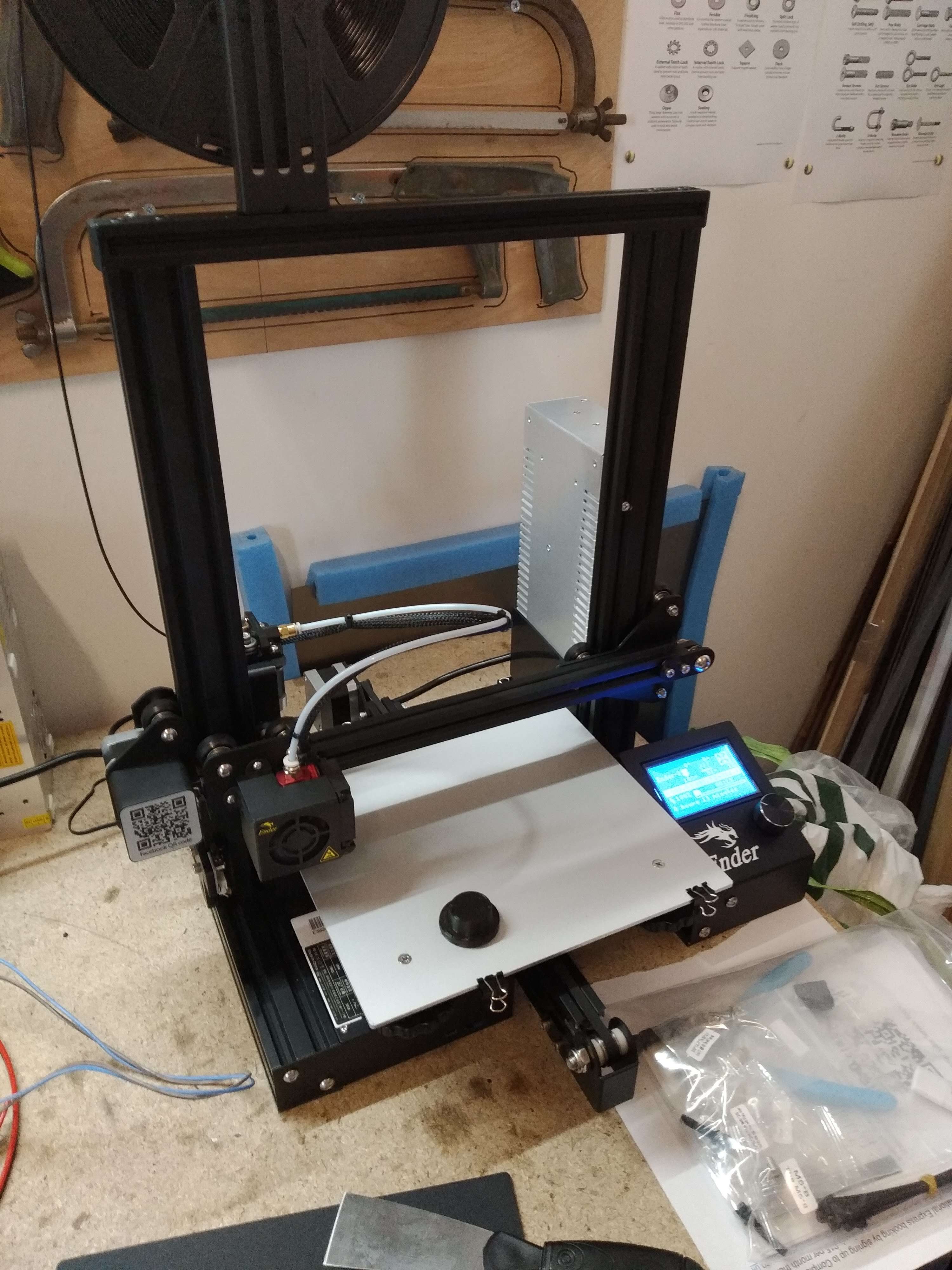 It was pretty easy to set up with relatively good installation instructions. It took about 1 hour to bolt it all together and align it. The end result seems very robust.

I started to print the test print (a dog) on the SD card but be warned – this part takes ages (definitely 4+ hours). It also takes much more filament than the very small amount provided. I’d suggest printing a much smaller test piece as your first print. I had bought another reel of filament and so fed this in to help complete the test print. In the end I had to switch off the printer as it took too long for my time available and I did not want to leave it running. So I have a headless two-colour dog, which is a talking point.

My future tool path for building 3d models is:

FreeCAD has a bit of a learning curve, but definitely a powerful too.

Slic3r is amazing and seems to ‘just work’. It coverts the STL model into a series of layers to print. I did a bit of adjustment with layer sizes and in-fill patterns but basically you put in the model and the output G-code will produce your part.

My first ‘real’ part has been a plug for the end of a tube. This was a simple disc and cone design done in FreeCAD and was quite a good learning item to do. Printing was about 20 mins and printed really easily. 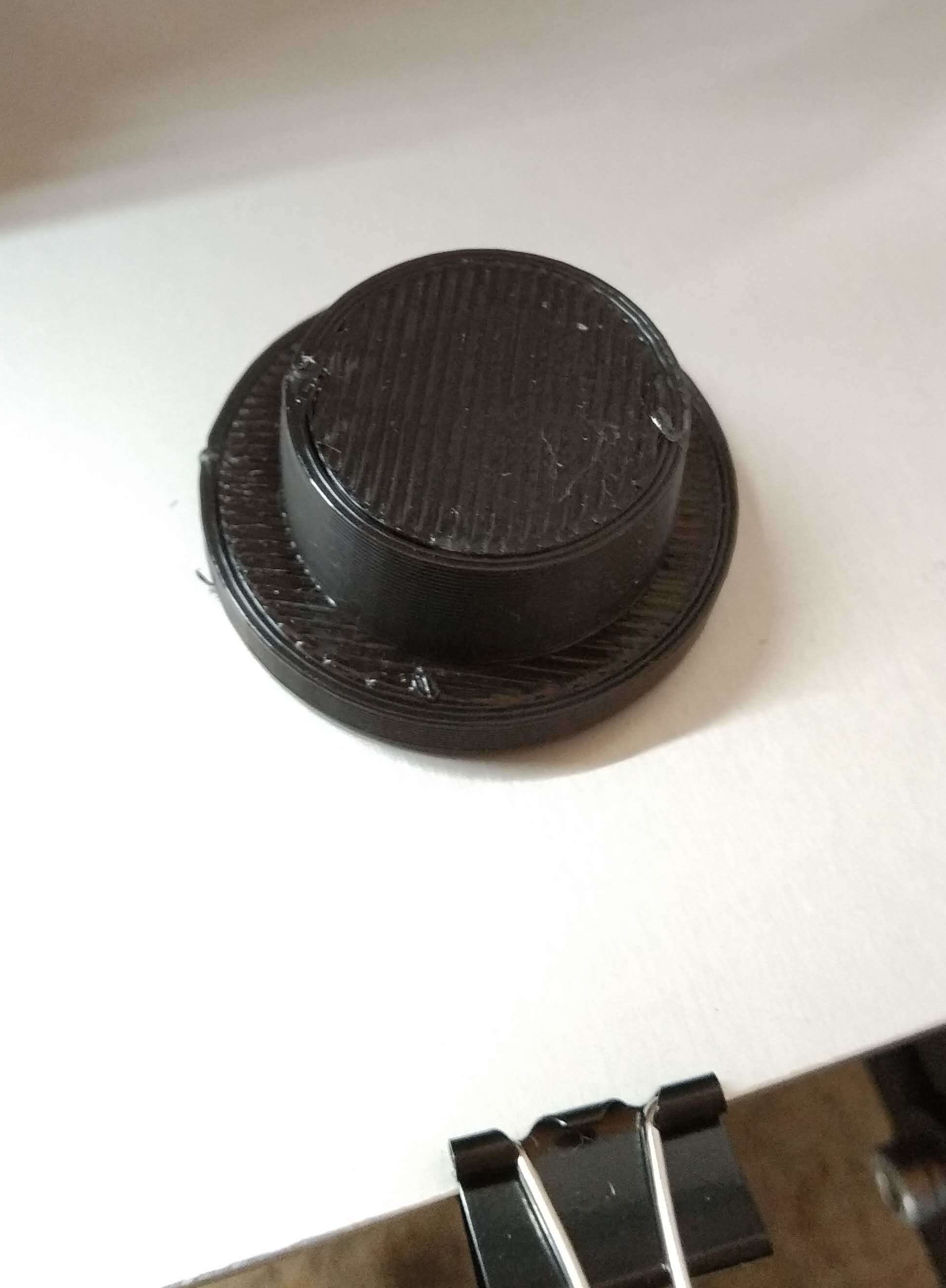 One response to “3D Printer”