Every so often a project comes along that would have been the envy of my childhood self. This was one of those projects –  I was asked to build a 8 lane pedal powered Scalextric. This meant putting together Scalextric track designs and testing Scalextric cars.

I was really pleased with the end result, which was built within a 10 day timescale. This blog post shows the design stages.

The final 8-bike pedal Scalextric system had a very tight build deadline as it was being sea freighted to its first event. This meant my final photos and video are not so great. I hope to get more images and video of the system in action at the event it was built for.

Here is the system before it was delivered: 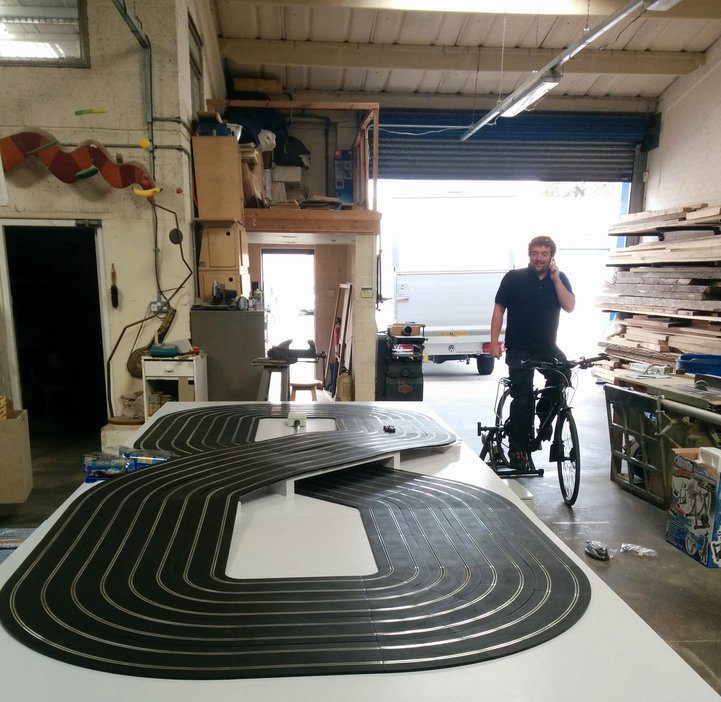 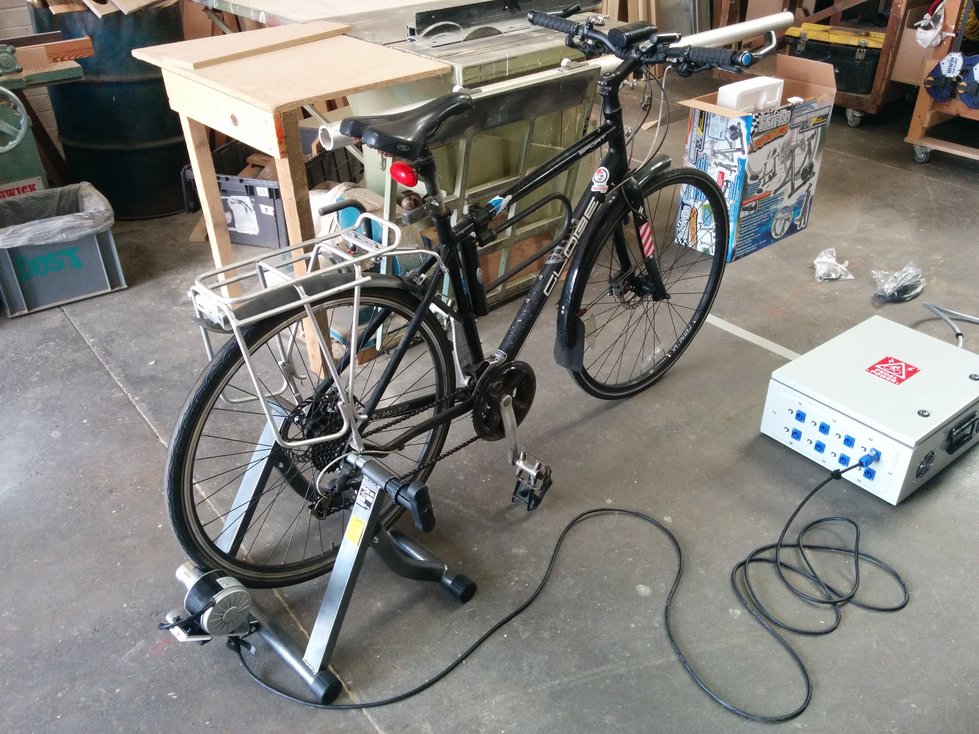 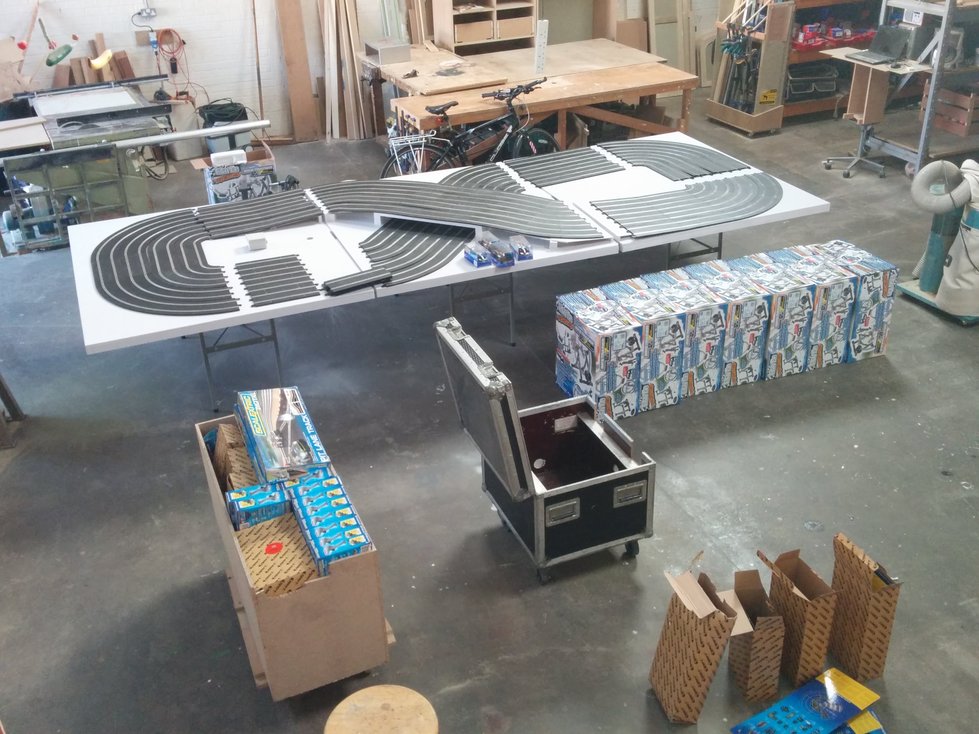 The base comprises of three sections which fit together. The unit needed to fit within the back of a standard transit van, so the base needed to break apart into 2m x 1.5m sections.

I used the Scalextric Track Designer to figure out how much track would be required. 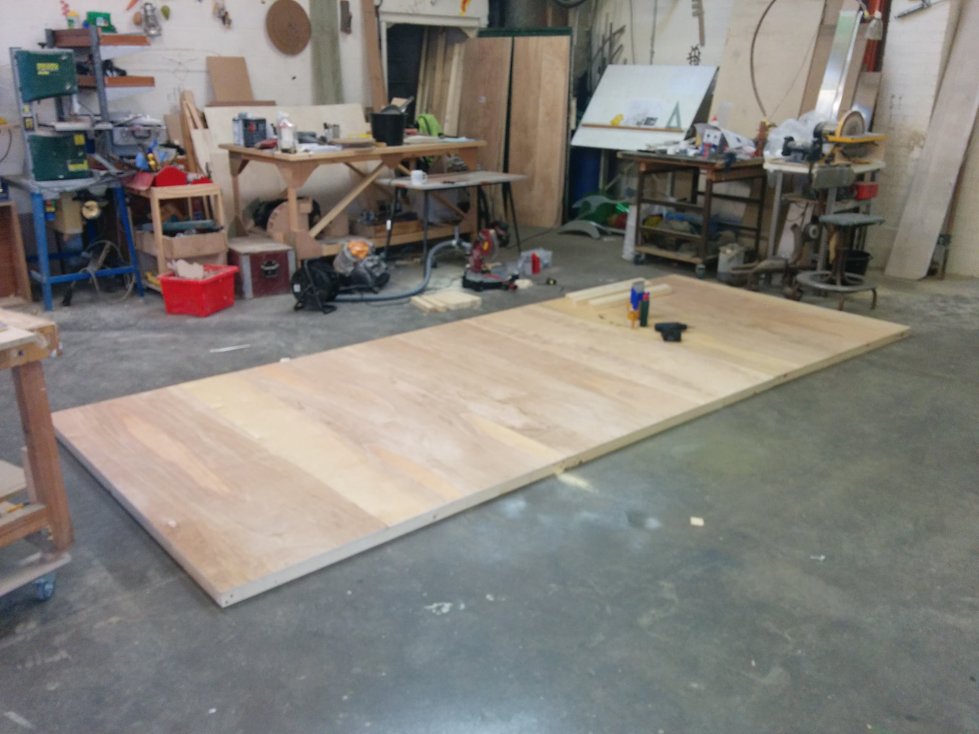 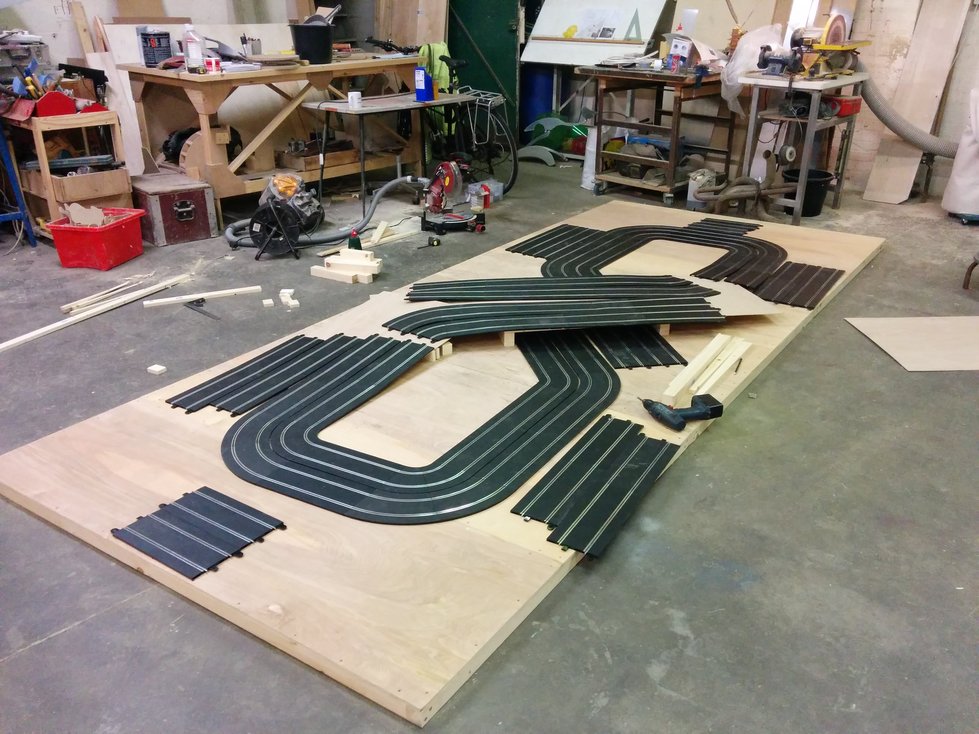 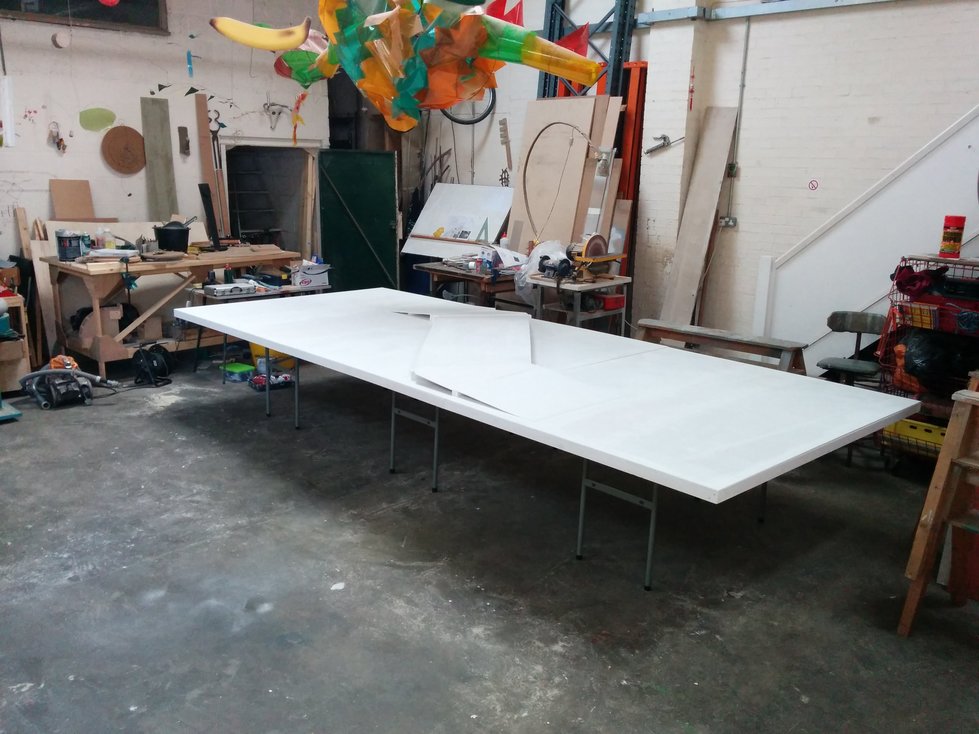 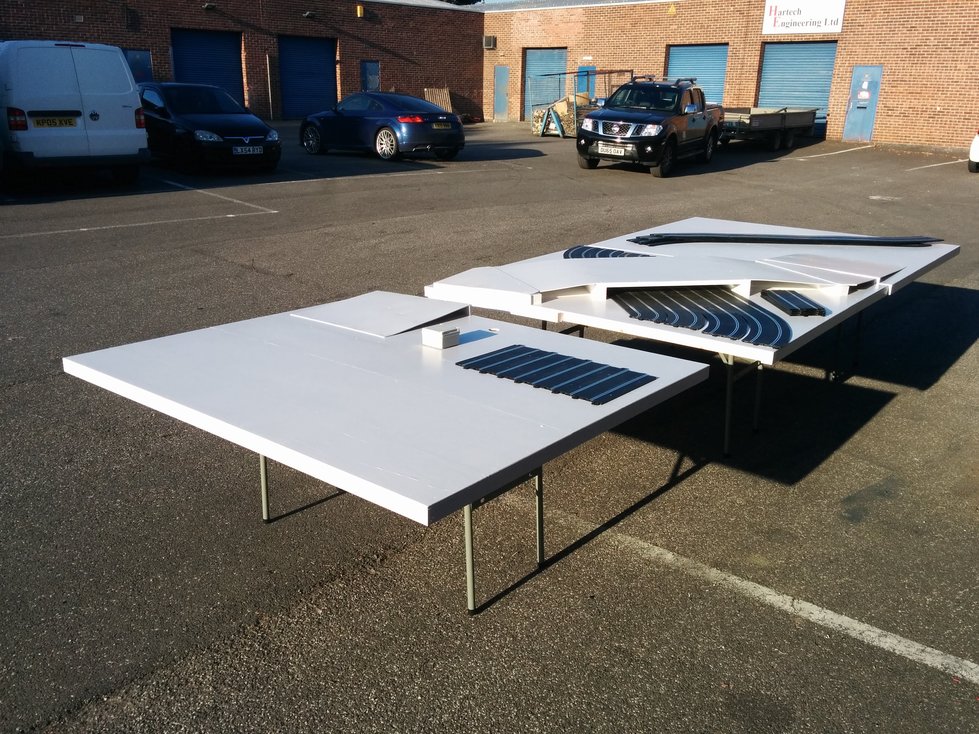 The pedal generators were based upon a bike ‘turbo’ trainer, used for practicing cycling indoors. We designed and got CNC laser cut a special bracket to fit the bike trainer. 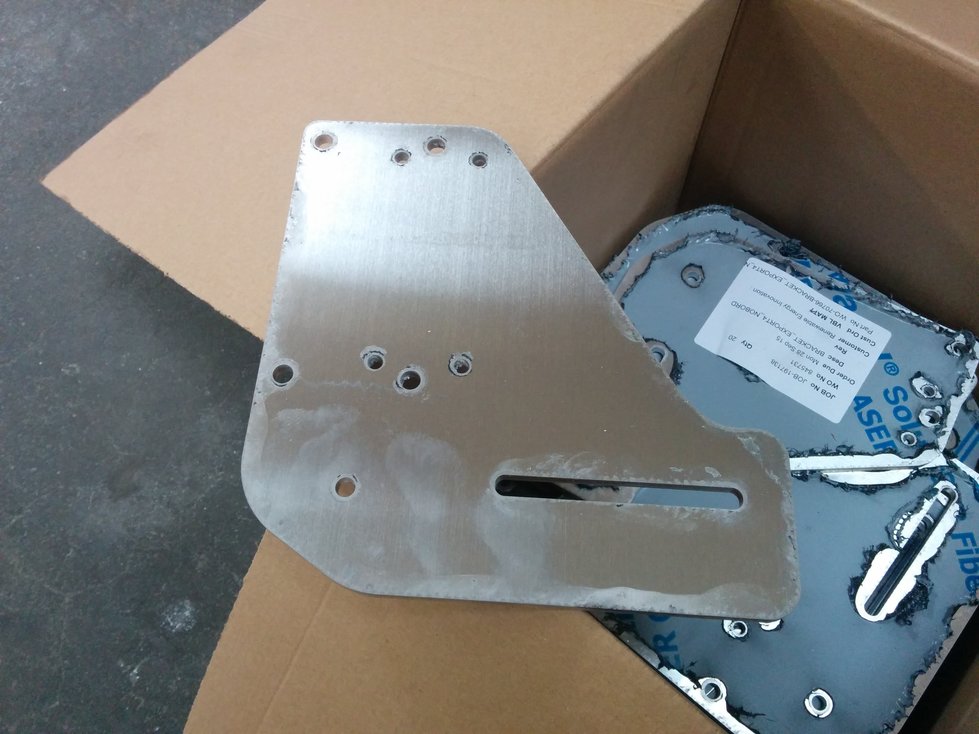 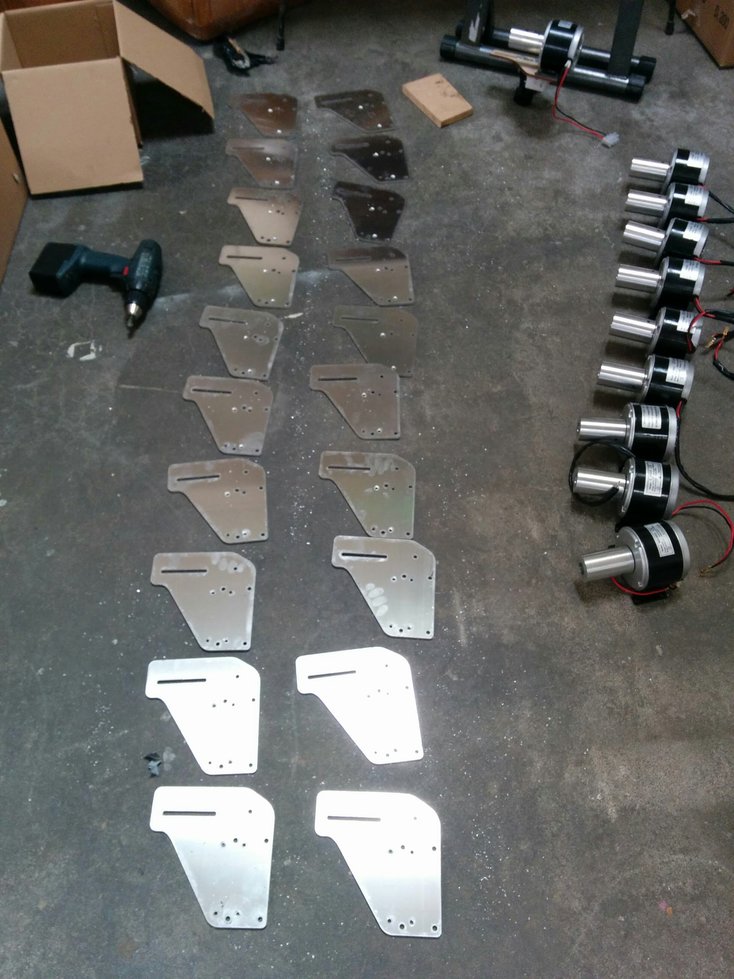 A scooter motor is used as a generator which bolts onto the metal bracket. 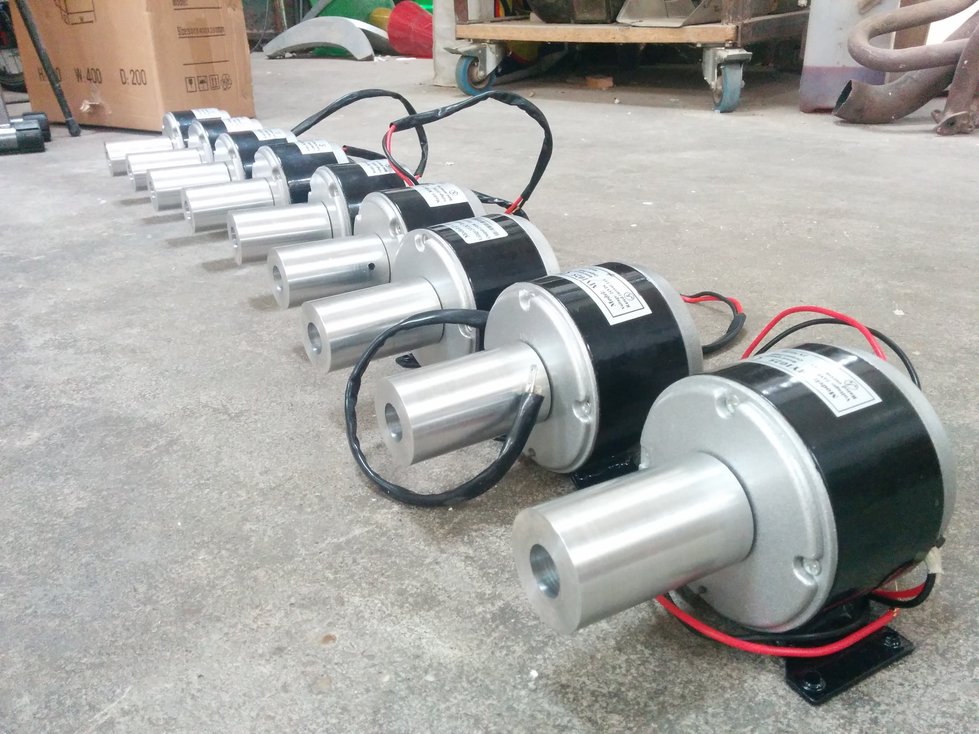 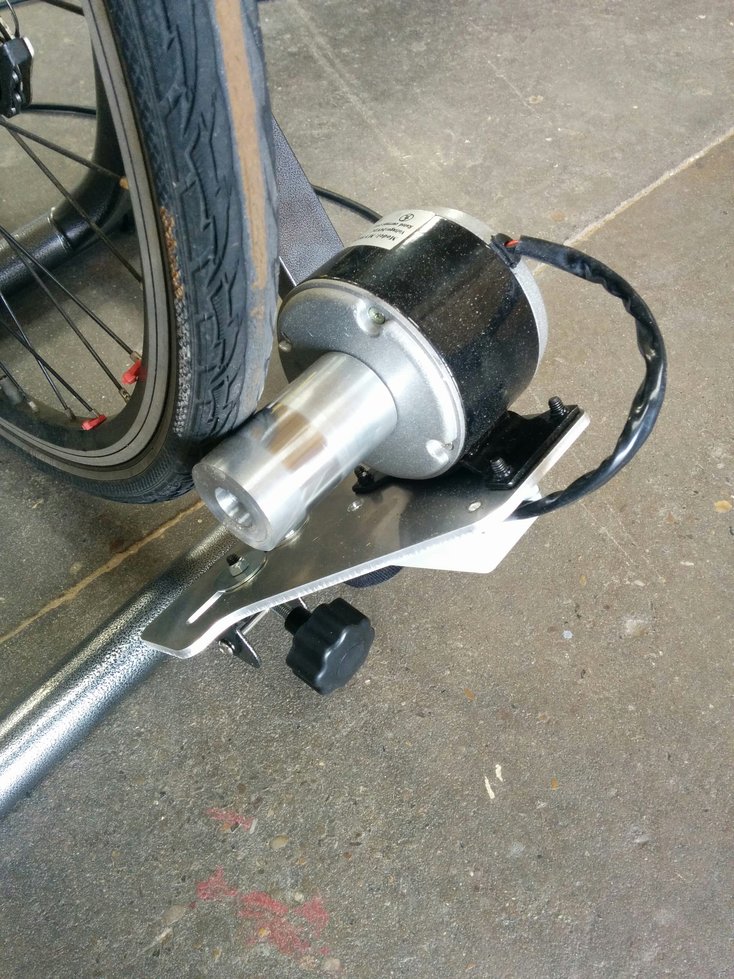 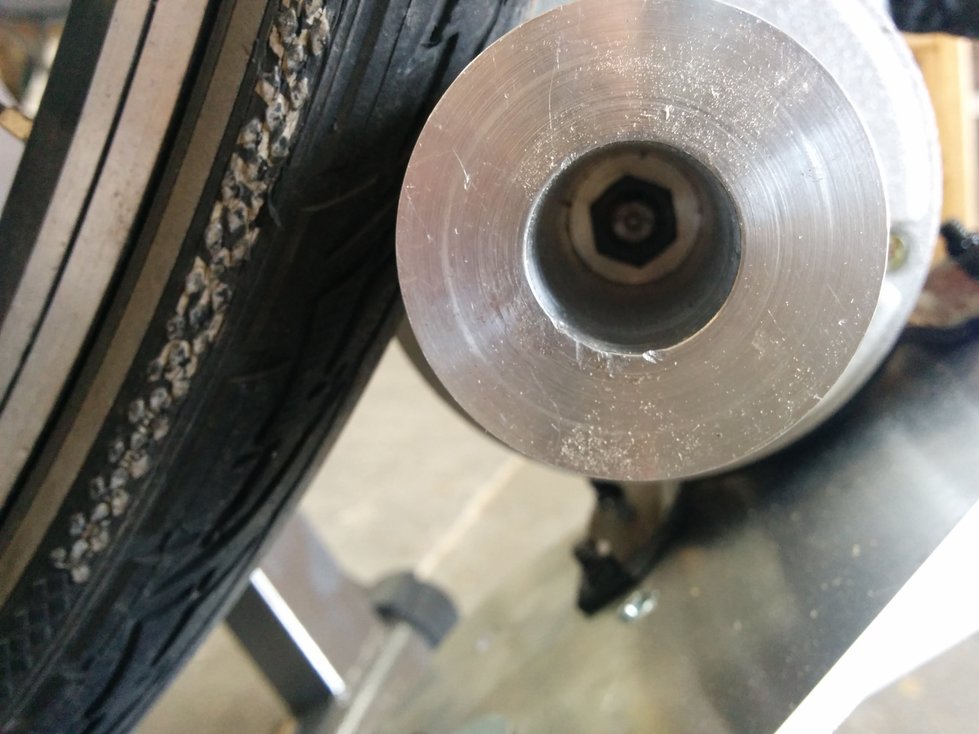 An aluminium roller is attached to the motor/generator, which were turned on the metal lathe at Nottingham Hackspace (Thanks, Tom!).

The control box needs to regulate the output from the generators (to stop the Scalextric cars blowing up), but it also needed to apply a decent load to the bicycles. This was done using a number of low value resistors, along with some DC-DC converters. 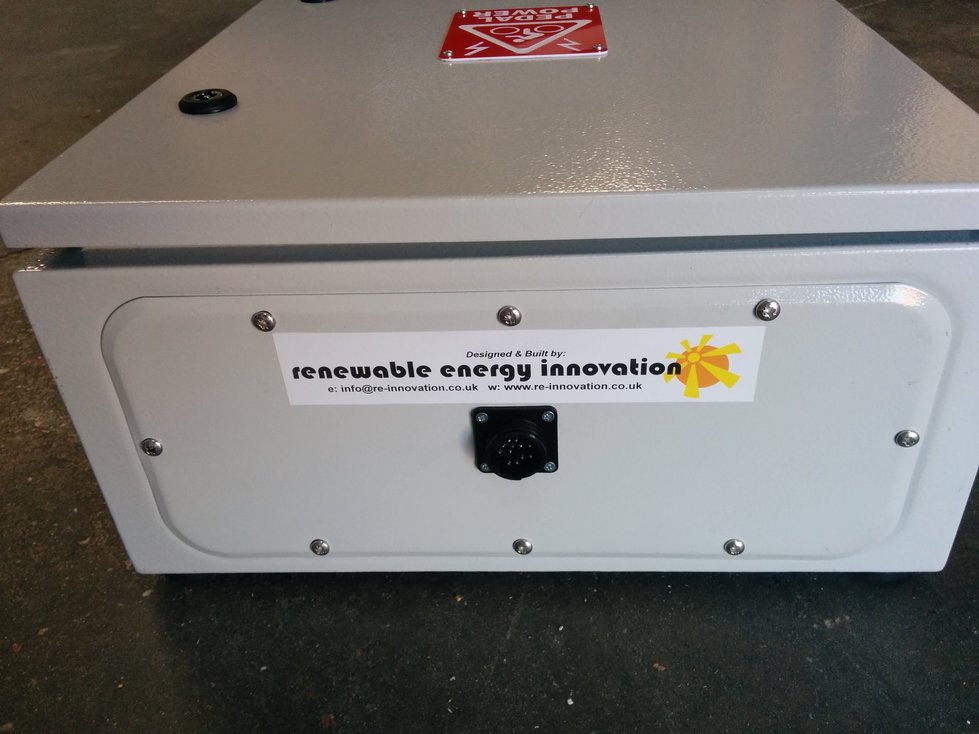 A 16-pole connector is used to connect each bike to the different lanes of the track. The grounds are common, so only 9 pins are actually needed, but I spread the ground connections over 4 pins. 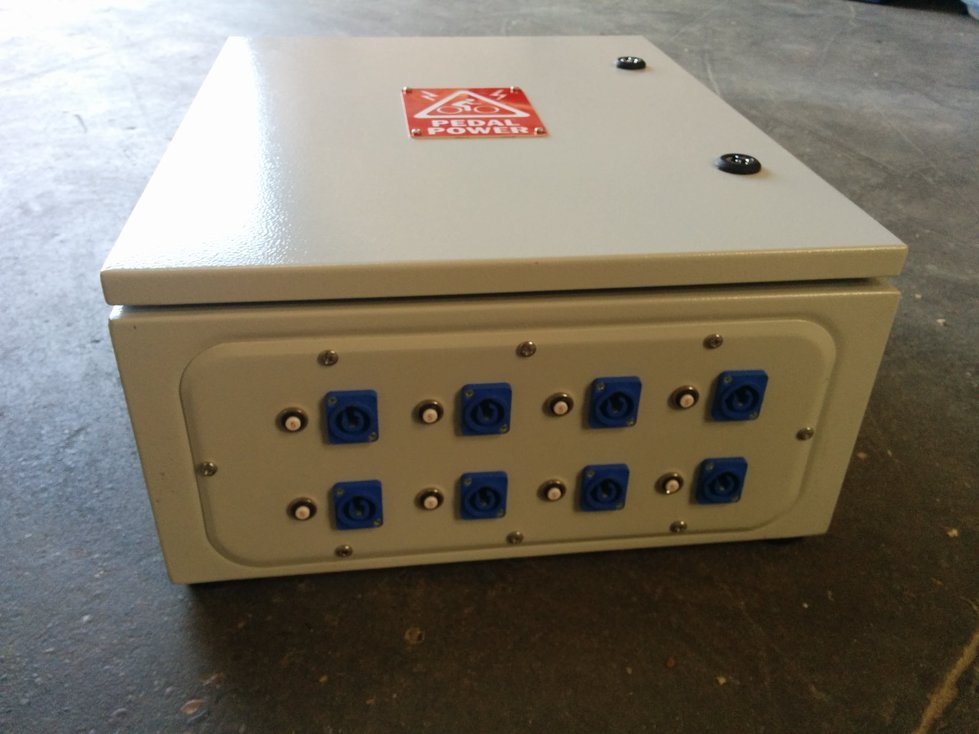 8 inputs from the the 8 pedal generators 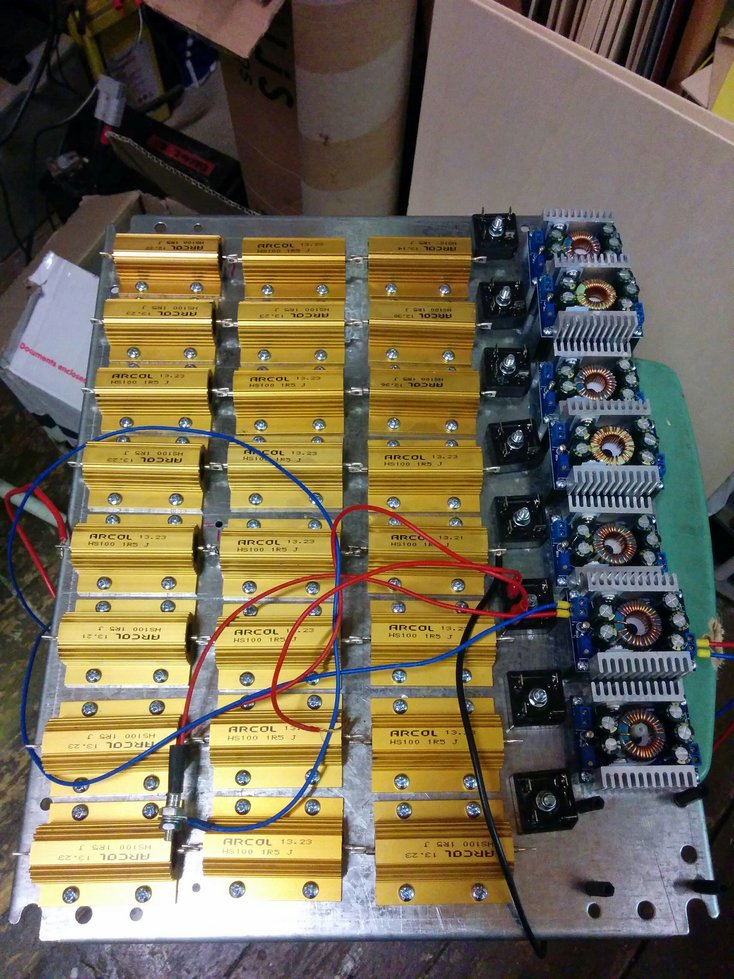 24 dump load resistors are used – 3 per bike – to provide a greater resistance than just the Scalextric car.

9 DC-DC converters are used – one for each lane of the Scalextric track and one for the cooling fan which blows air through the control box. 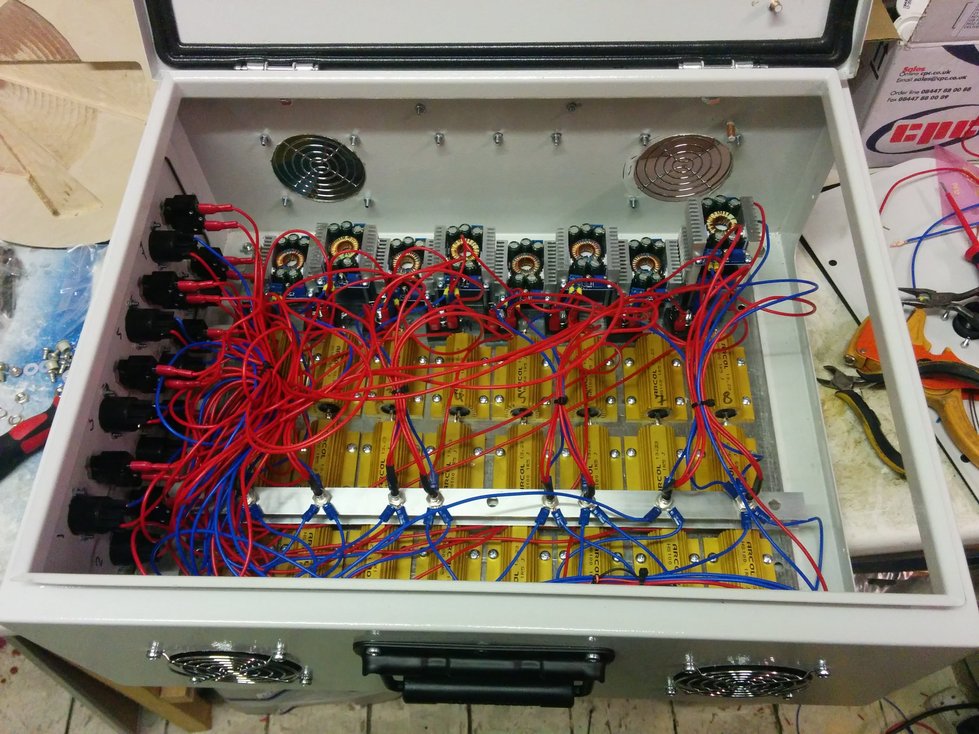 The wiring is a bit crazy, as there are 8 lots of everything.

The final result was great fun to make and use. I hope to get better photos and some video of the unit in action.