I was asked to propose a few ideas for group projects on the product design and manufacturing engineering course at Nottingham University.

I proposed a few projects and two of them were taken on by small groups. These projects have been designed and built over the course of a year and I went to see the end results at the end of year show.

There were two projects taken on: a portable pedal generator and a traveling work station.

Here are some photos and details of the final projects. A big thanks to the eight students involved in these projects.

I had proposed a portable, light-weight and foldable pedal generator for transportation to remote areas which might not have any power, either due to remote location or due to some form of disaster. There was a size and weight limitation put on this design (<20kg and fit within an area smaller than 100cm x 40cm x 30cm). 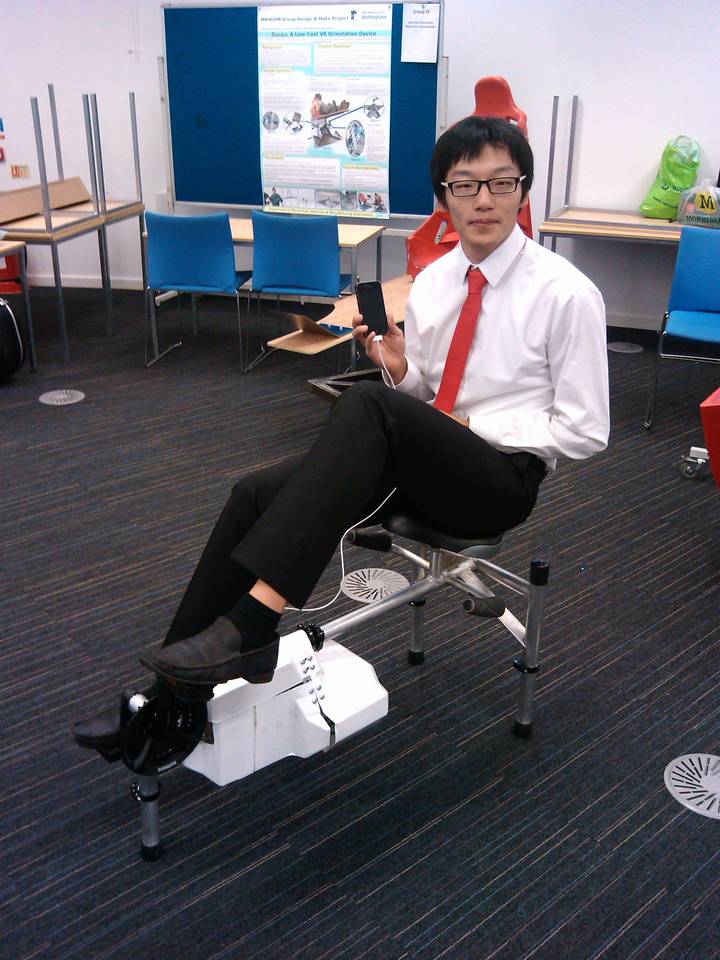 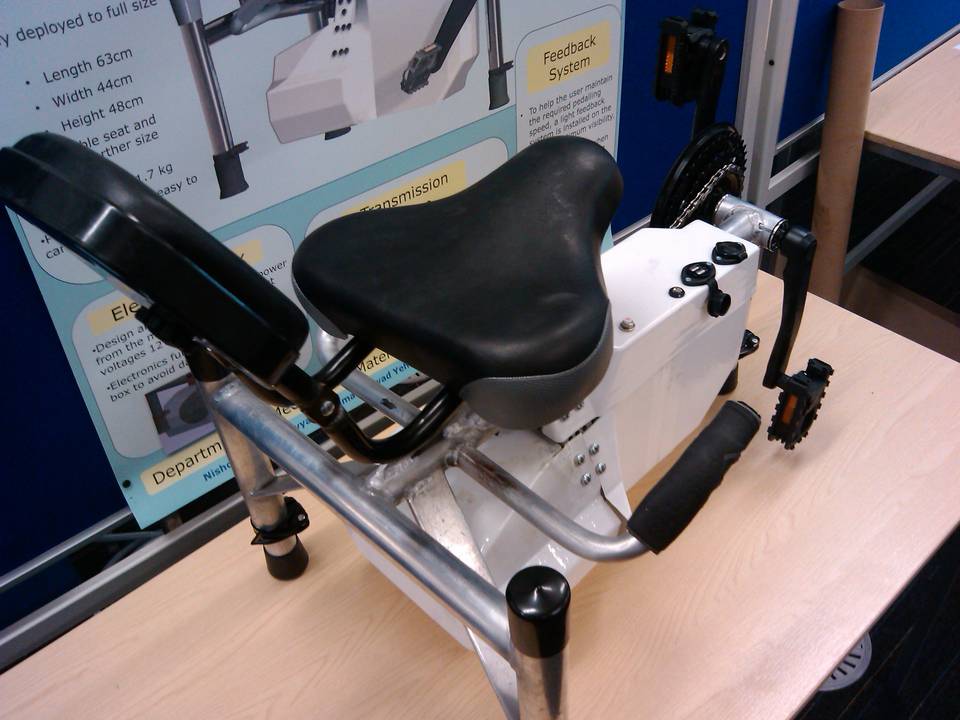 This was the unit folded up. 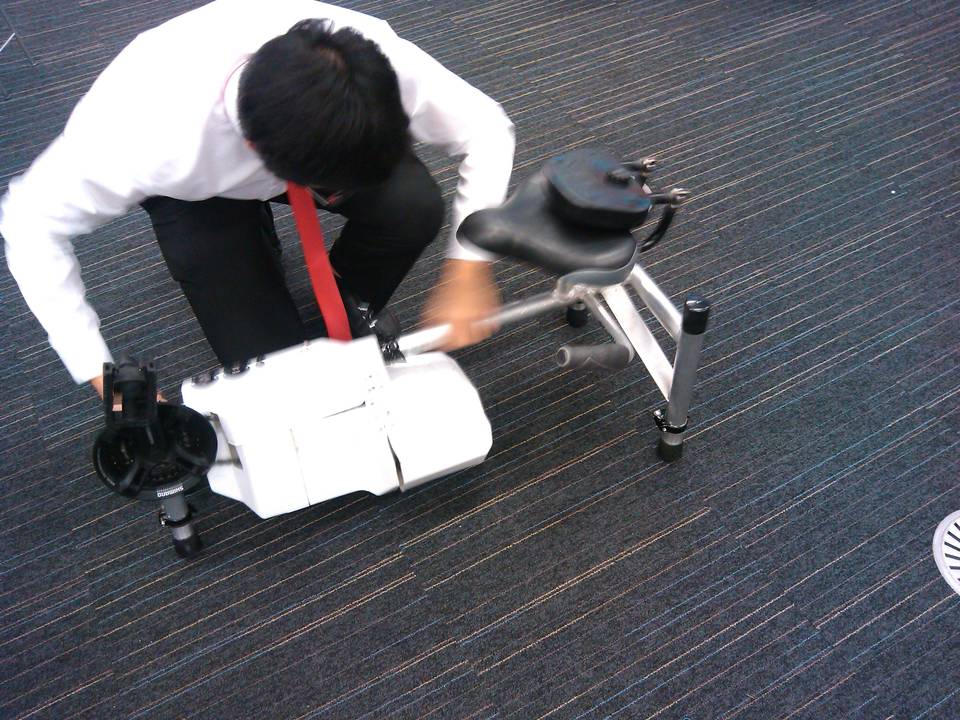 With a few clips it unfolds. 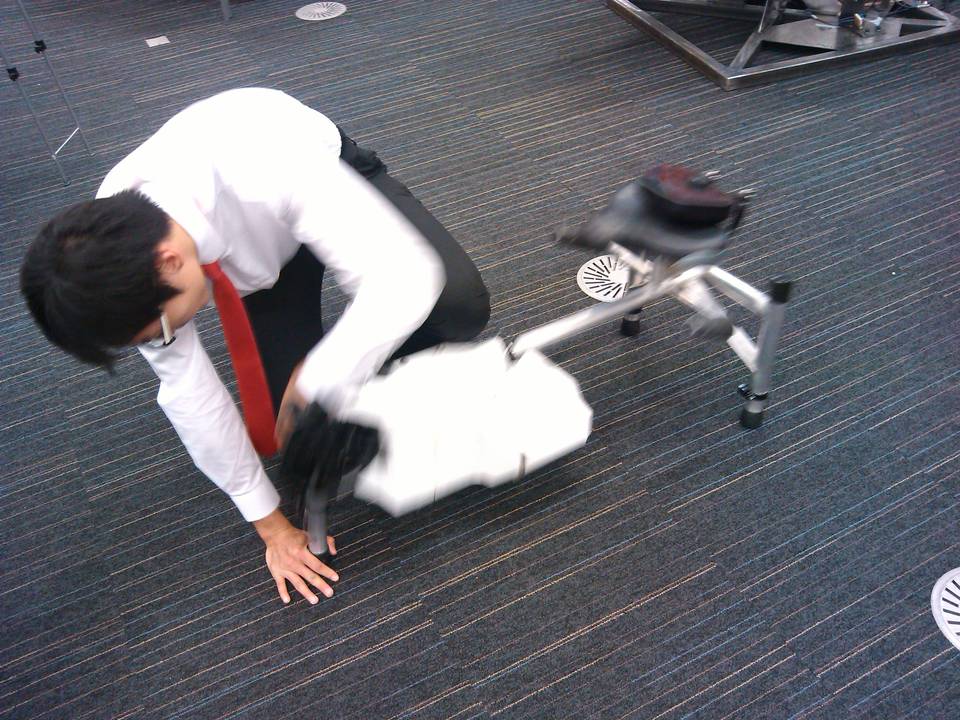 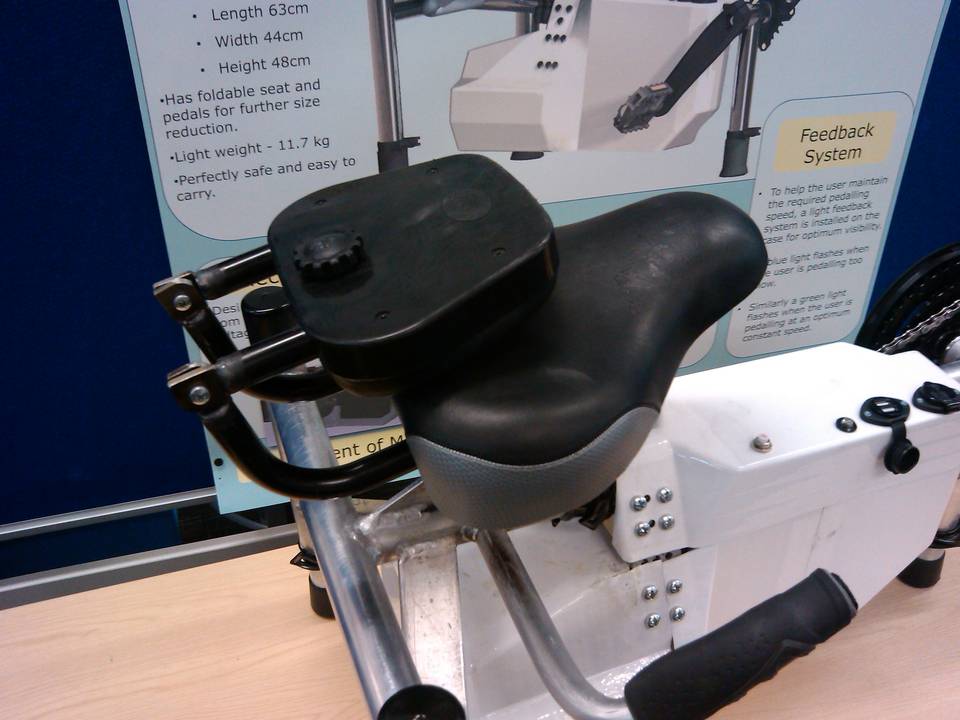 The seat was modified to fold flat. 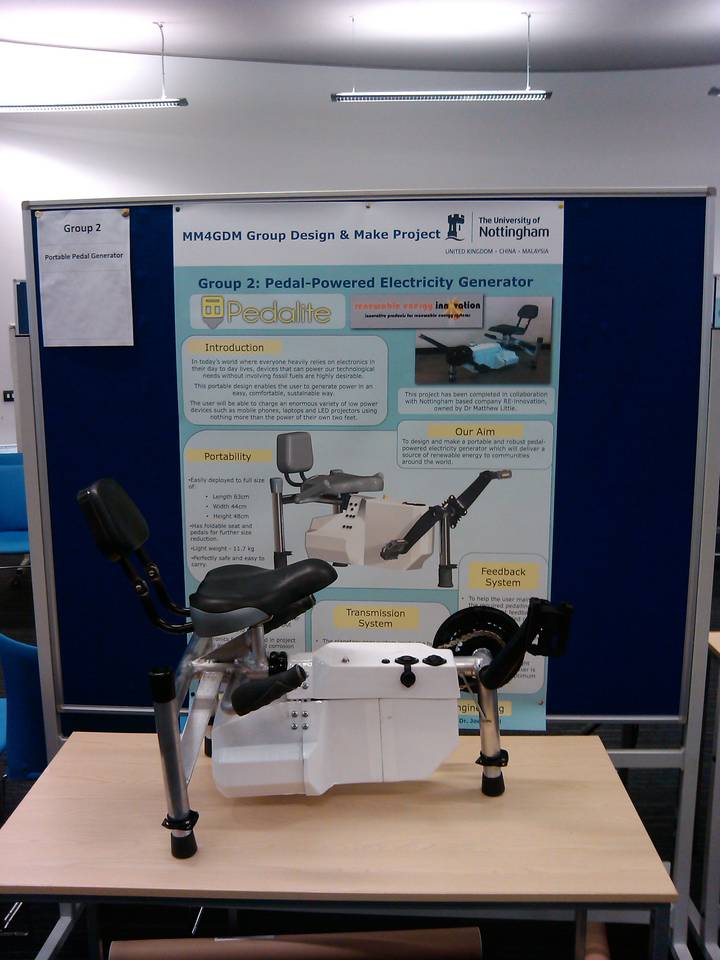 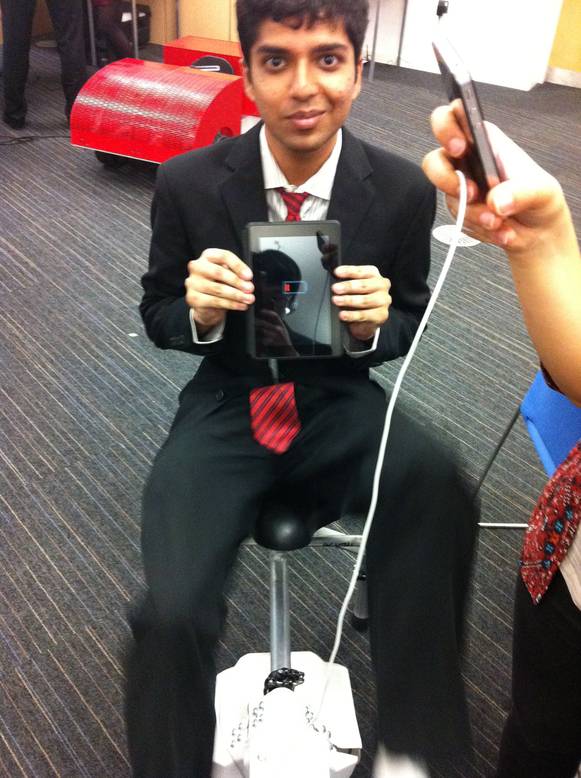 It did really charge phones and tablets. It was probably good for around 200W maximum output. 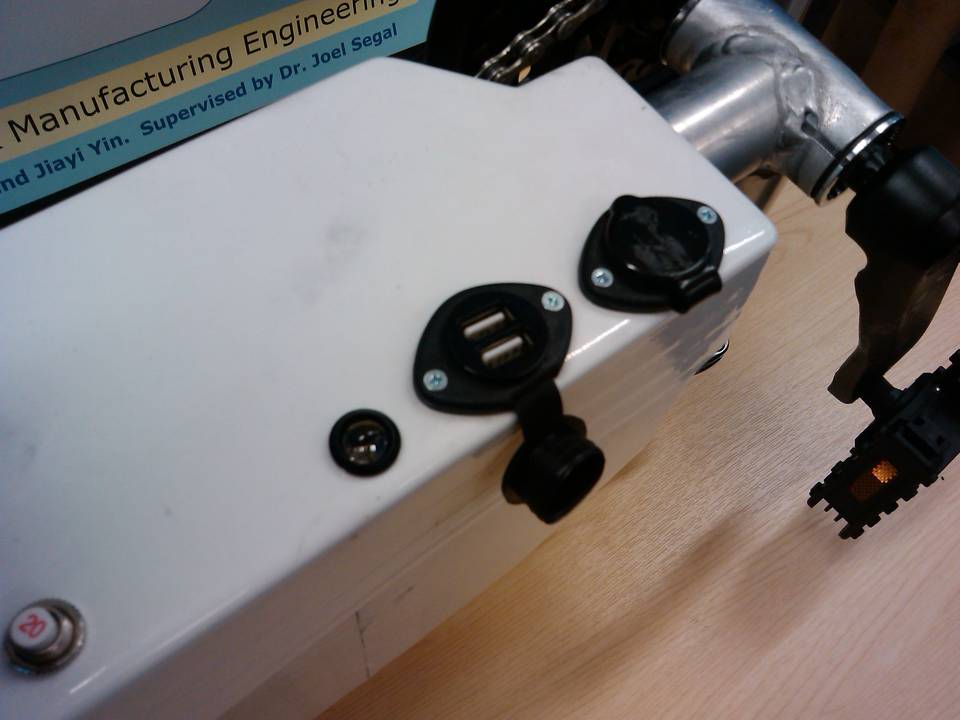 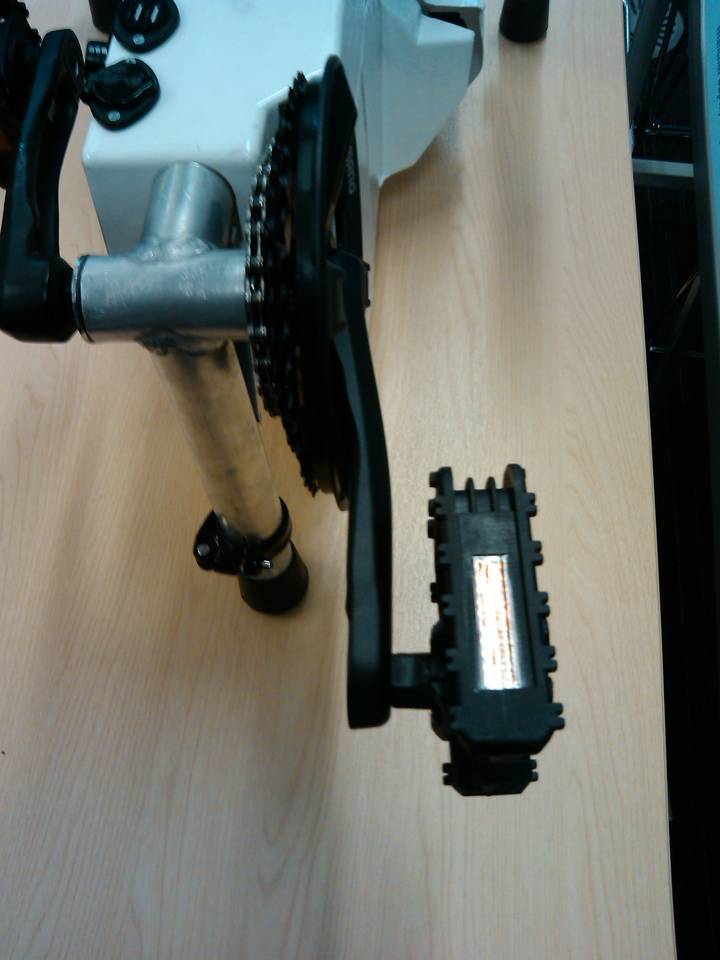 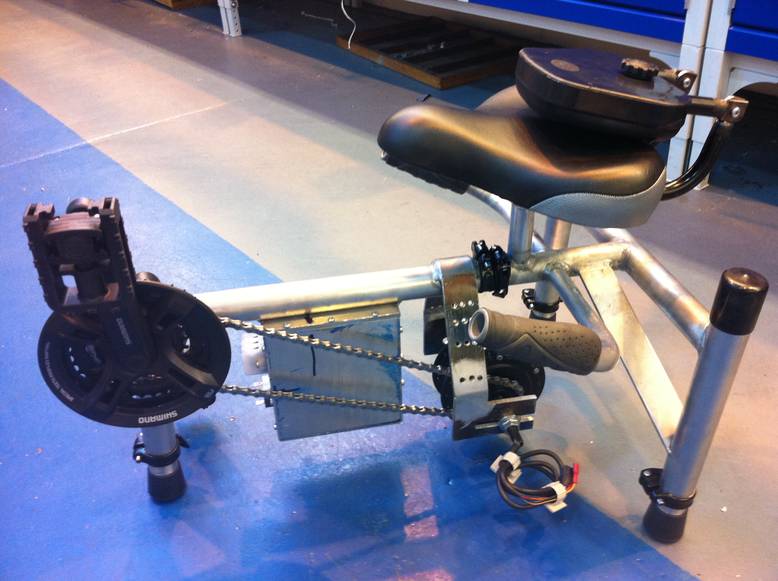 This had been proposed when I had been more heavily involved with the Nottingham Fixers group. We were volunteers helping to enable people to fix items on a local market stall once a month. We did not have very good facilities there, so I proposed a portable work station which could be easily transported the mile or so from storage to the market and would fold out to contain all the tools required.

This project was taken on by Ben Rout, Joel Worthington, James Bradshaw and Arran Philippou. 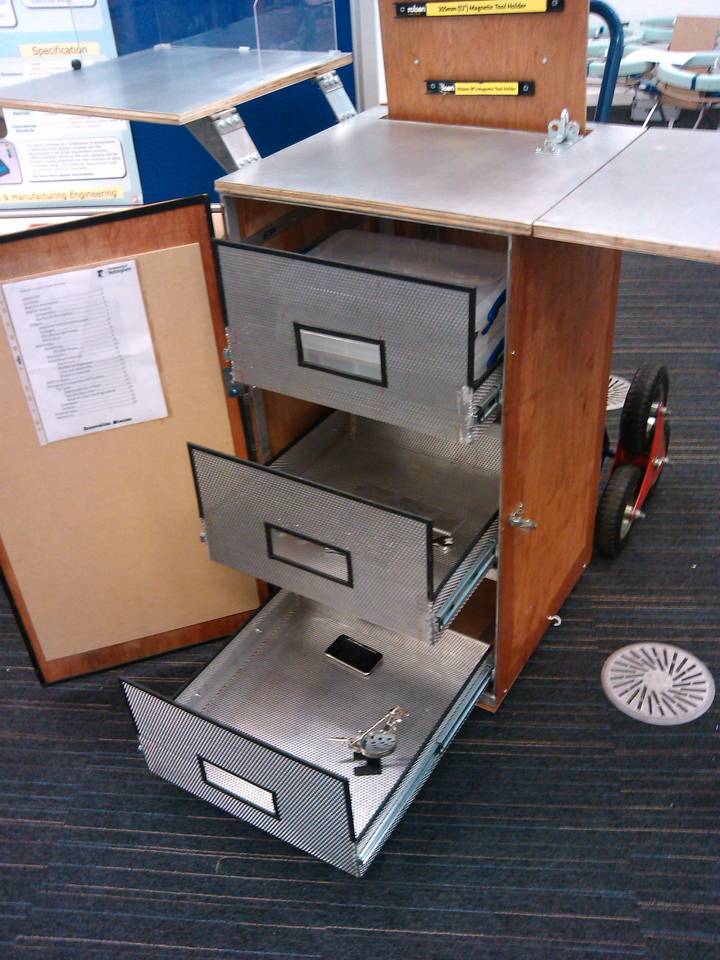 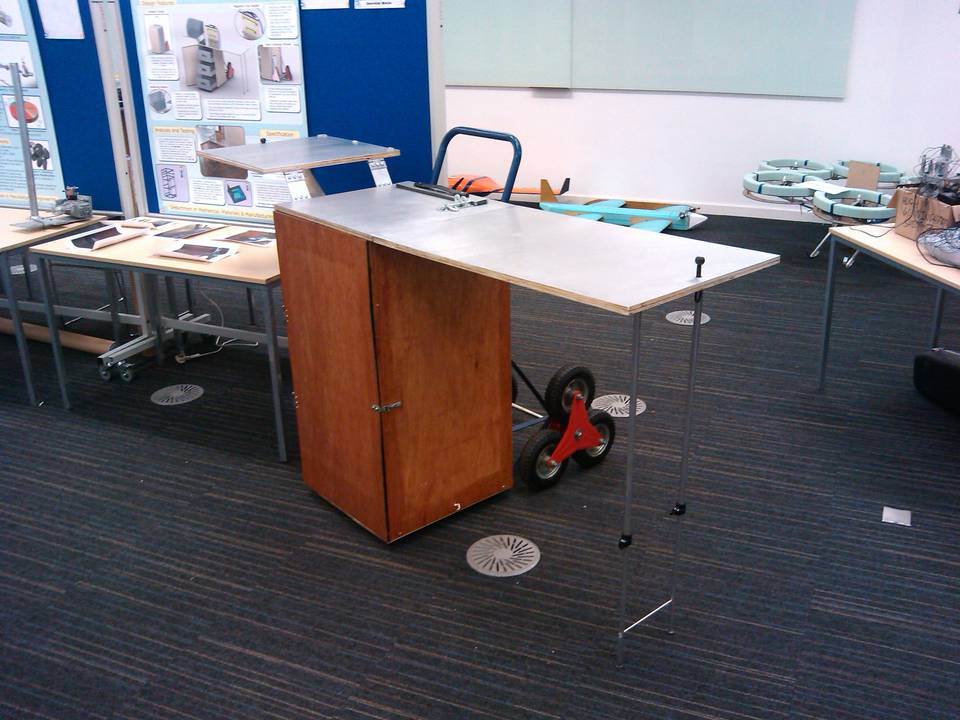 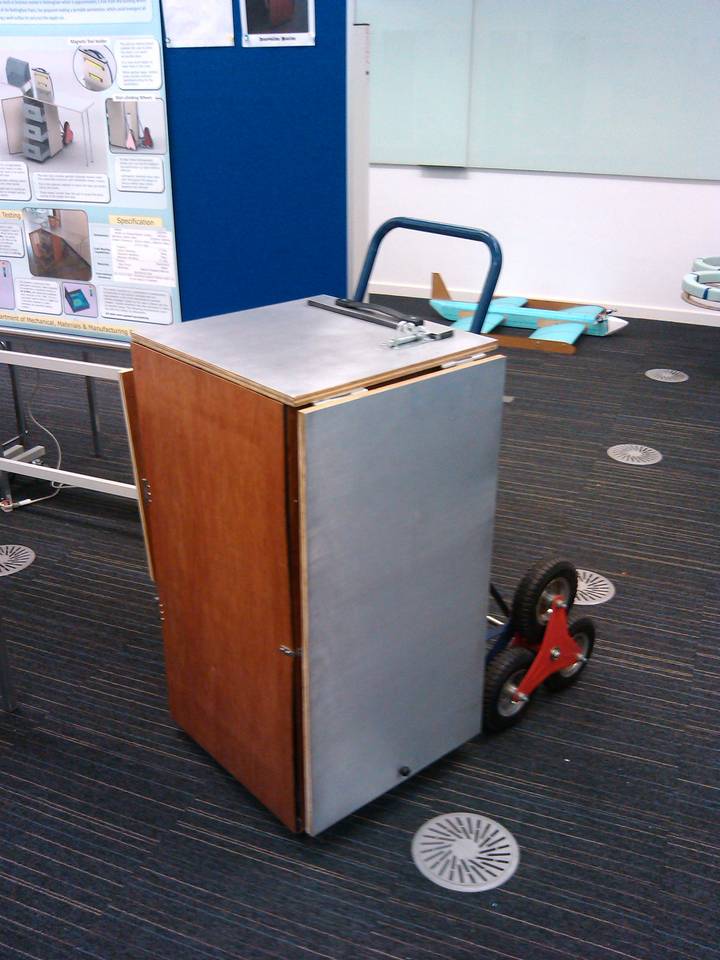 The folded unit. It fixed to a sack-truck which has three wheels, designed for taking it up stairs. 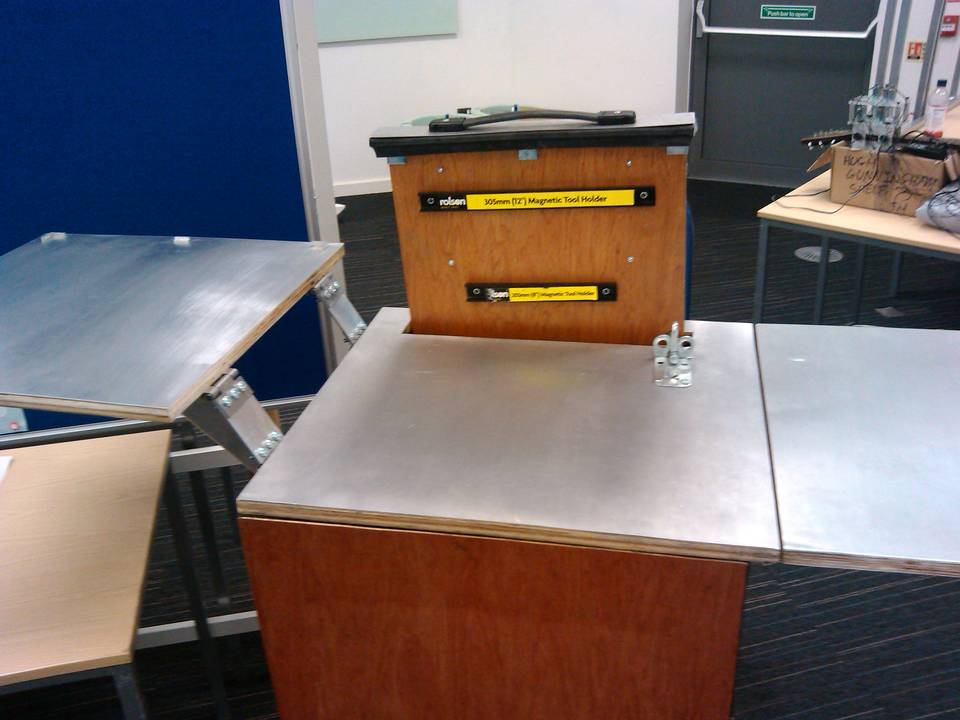 There was a slide up magnetic shadow board. 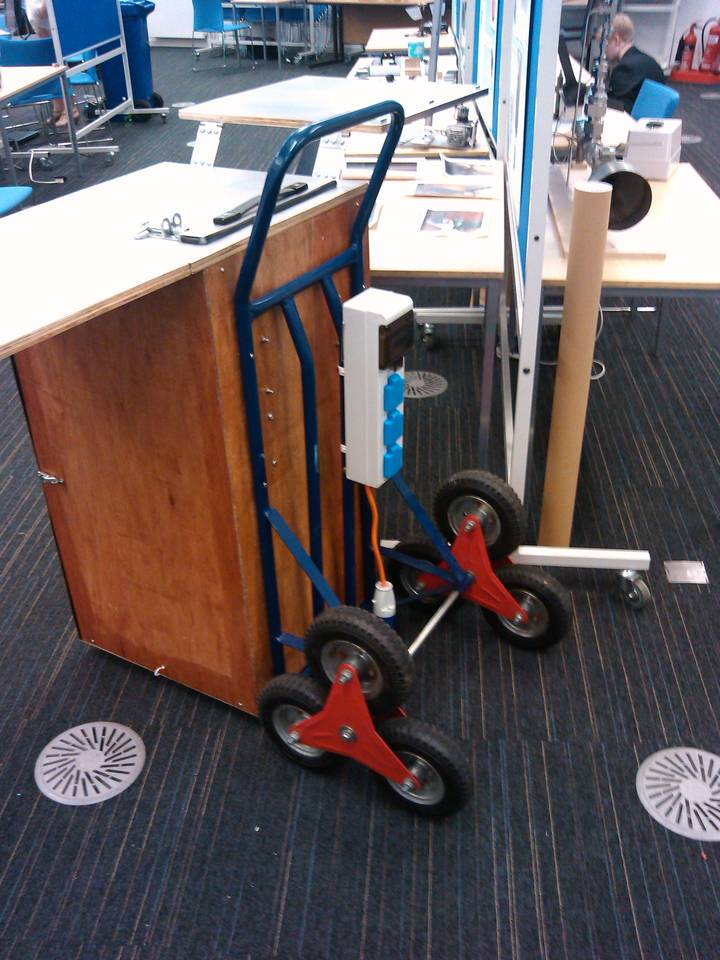 Power and circuit breaker was available on the back.