Just to prove that I can be cultured and appreciate ‘the arts’, I thought I would post photos of an art project I have been involved with.

Around two years ago I was asked to build the control system for an art installation called ‘Adaption’, by Becky and Katy Beinart.

It has recently been installed in the new Library of Birmingham and will be on display for the next four months.

The installation is a solid oak green house whose windows gradually open throughout the time it is on display. It is based upon an Edwardian case which were used to move around interesting plant specimens within their own micro-climate.

Becky and Katy have worked with migrant communities within the Birmingham area to choose the plants that will be in the green house. 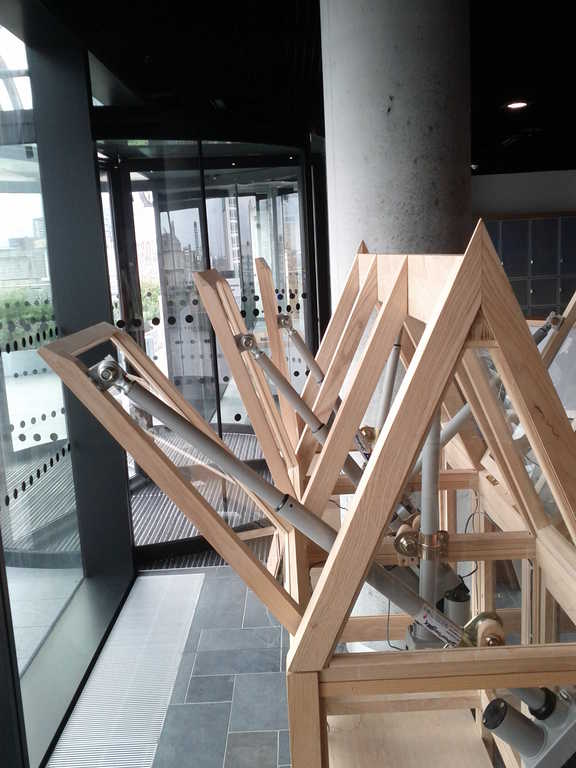 I specified the actuators and developed the power control boards. There are 6 actuators in total, which are driven using transistors and relays so they can move in either direction. The actuators are controlled by an Arduino microcontroller which moves each one by a tiny fraction every hour. The actuators stop once they have reached their final positions. The board is powered by a 12V lead acid battery, which is recharged by the mains – this is to ensure accurate timing even with power loss. 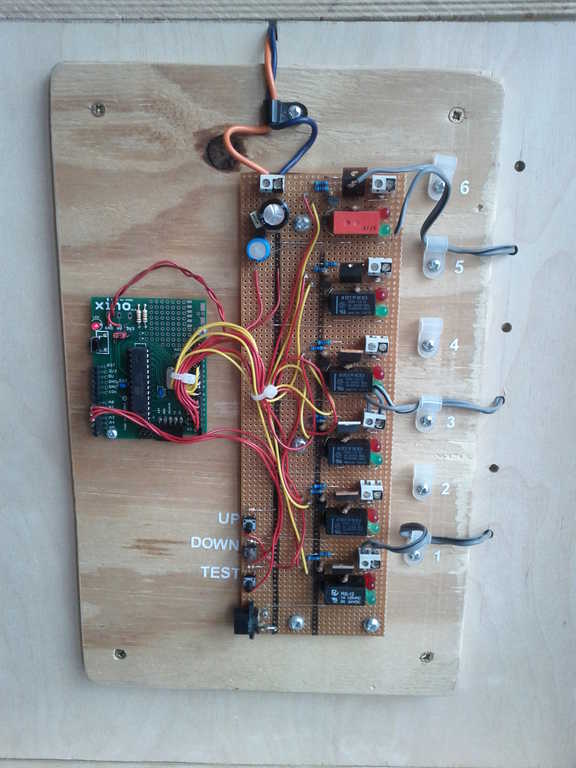 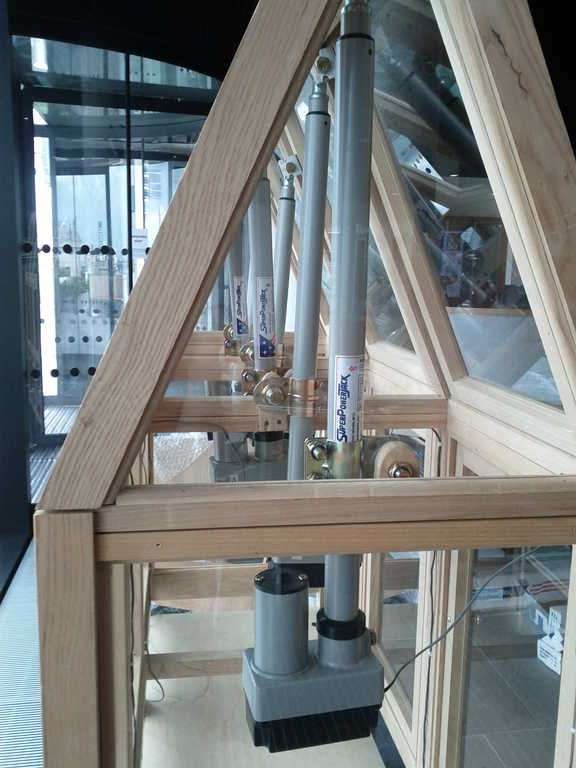 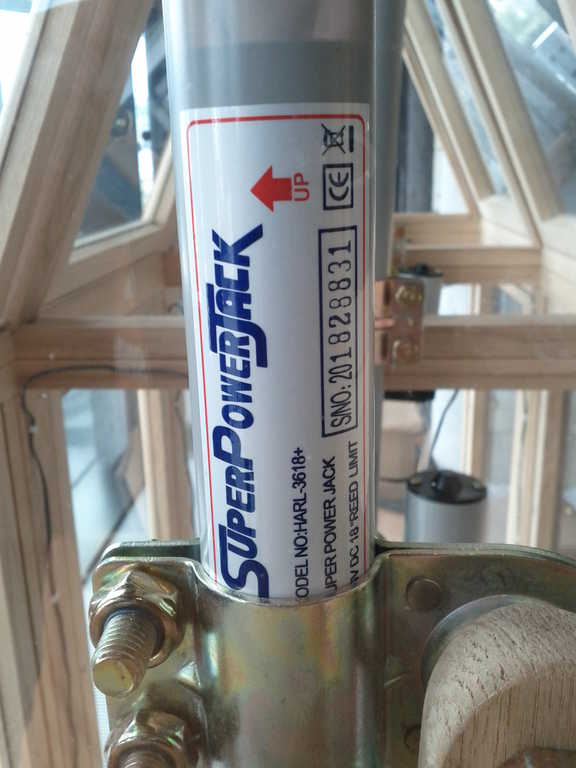 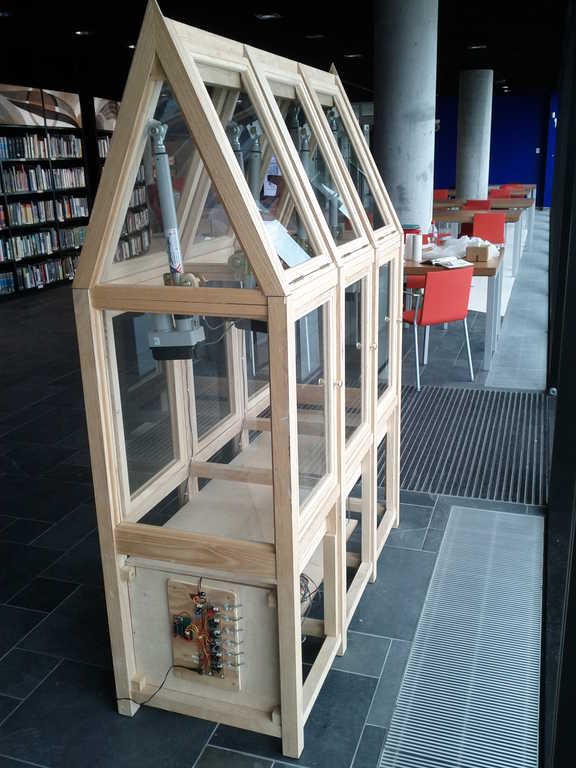 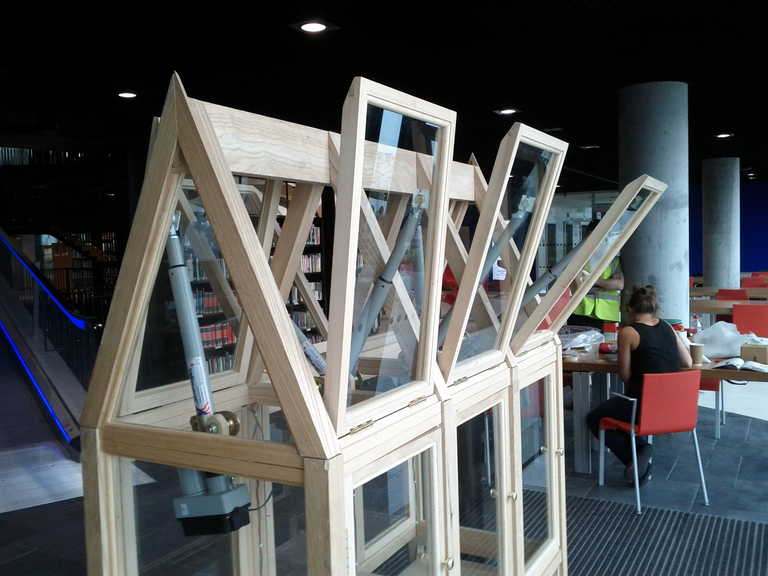