I’ve been working on a controller for a Red-Green-Blue LED unit from Phenoptix, a local LED and electronic kit supplier.

This is basically a voltage regulator and 3 x transistor switches to control each of the colours. This plugs into an Arduino which is used to control the RGB LEDs for any effect that you would like.

This post shows the prototype, which will hopefully be turned into a simple kit.

Here is a short video of the unit in action:

The RGB LED unit works at 12V DC. This means we need a 12V supply. The display has a common positive connection and then three negative leads for red, green and blue.
I decided to use the 12V supply to also provide power for the Arduino. The Arduino needs 5V to function so I used a simple and standard 7805 linear voltage regulator. This can provide up to 1A of current (although it will need a heatsink if you are going to run that much current through it). 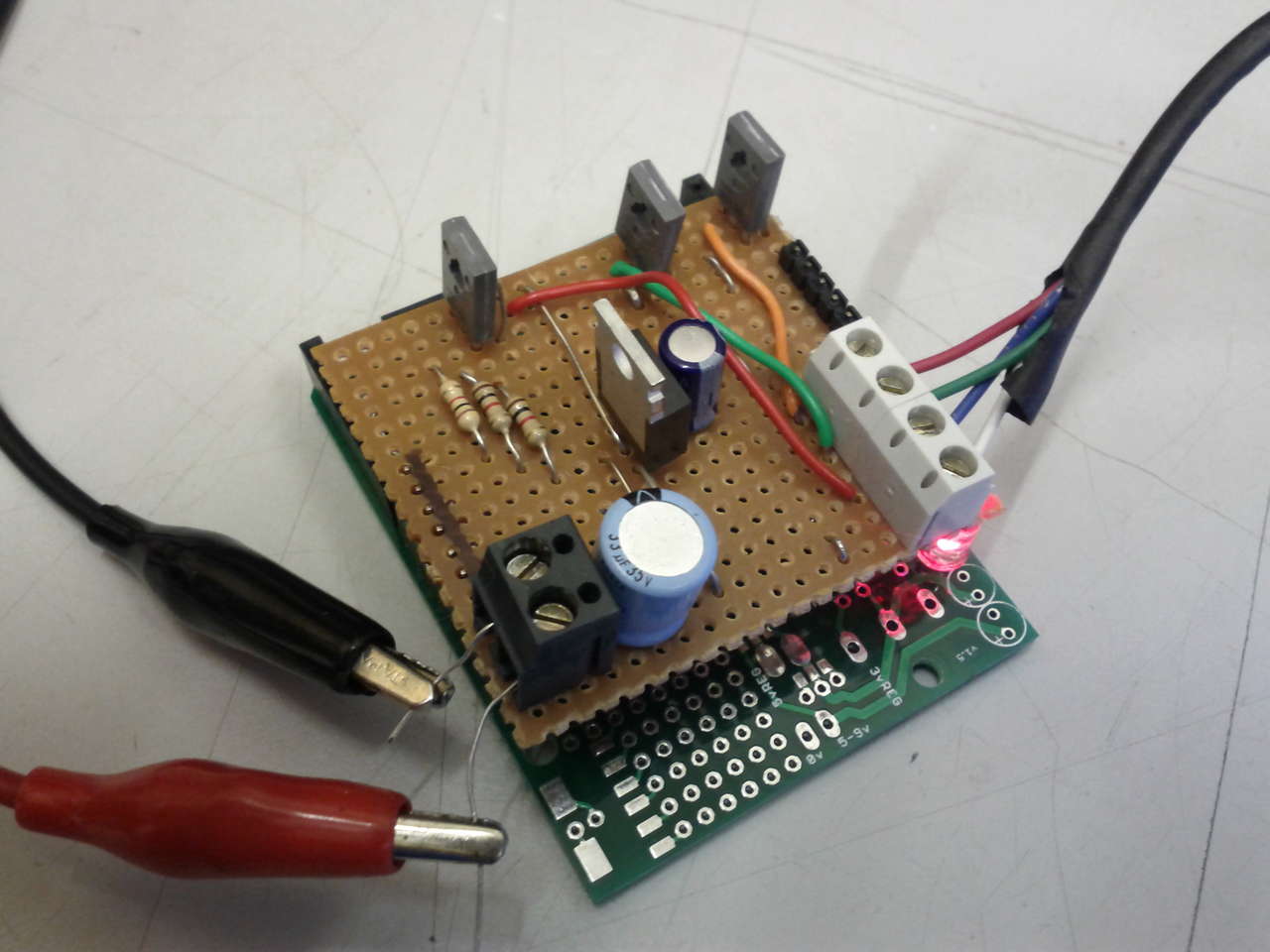 A diode provides reverse current protection, although an input fuse would also be good. 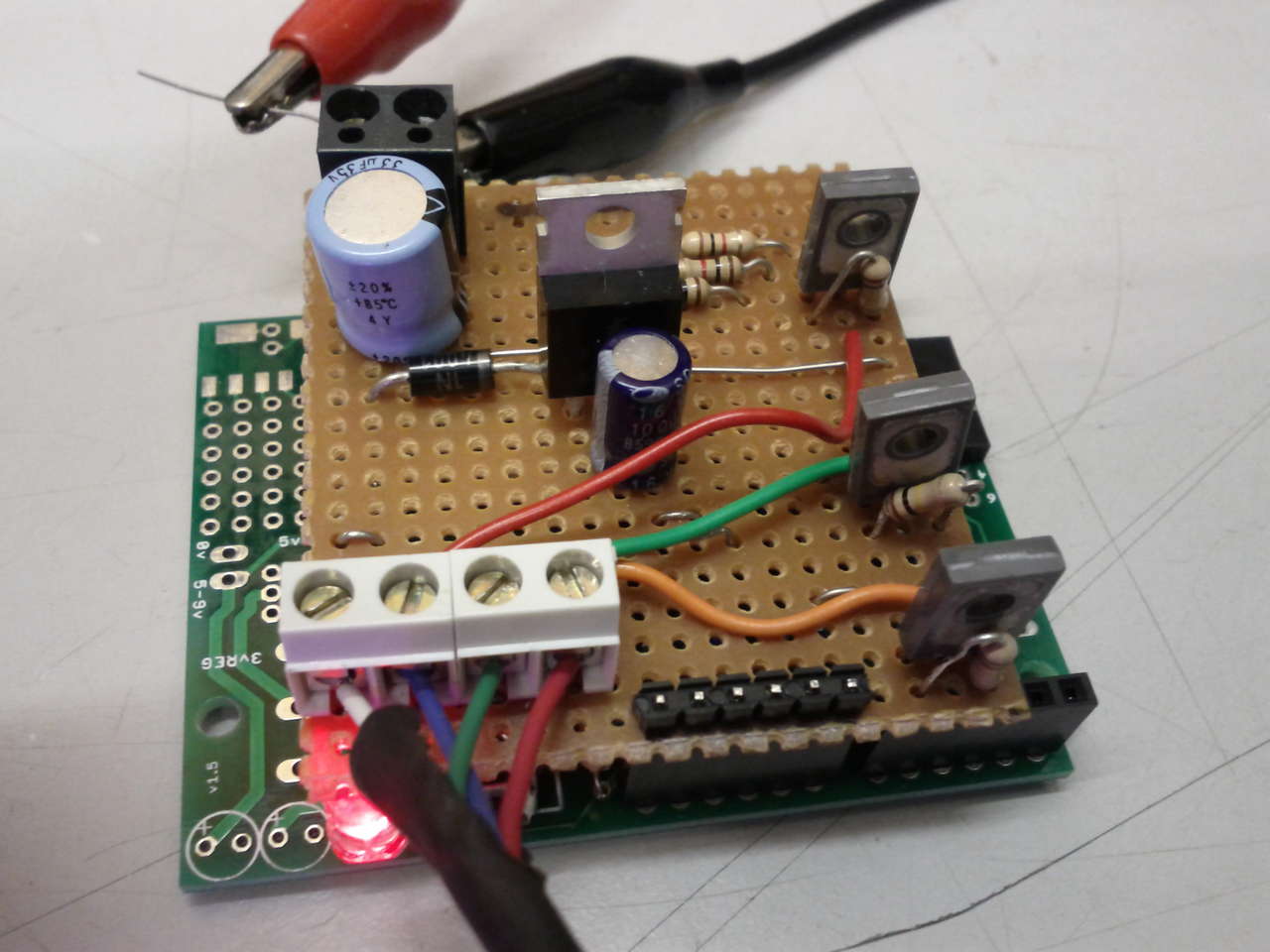 Three BD135 NPN transistors are used to control the red, green and blue LED channels. These are arranges with 1k series resistors to the base and 100k pull down resistors. I will add the circuit schematic when I have drawn it up. 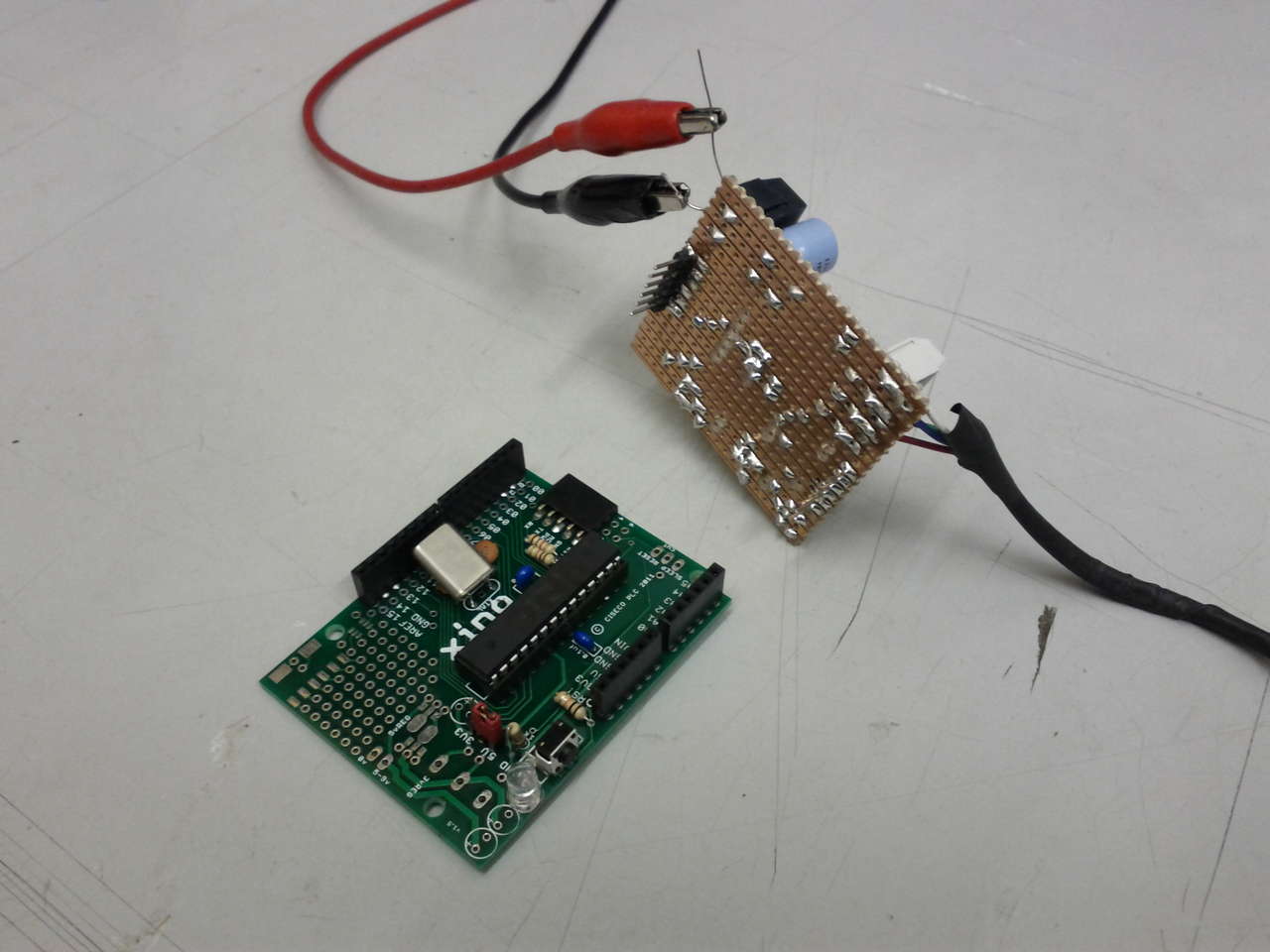 The prototype was built on strip board and designed to plug into an arduino clone board. The outputs are on pins 9,10 and 11, which controls the red, green and blue channels.

An arduino sketch was written, based upon the simple fading sketch which is provided in the examples. This controls the LEDs using Pulse Width Modulation (PWM). The sketch is available to download here. 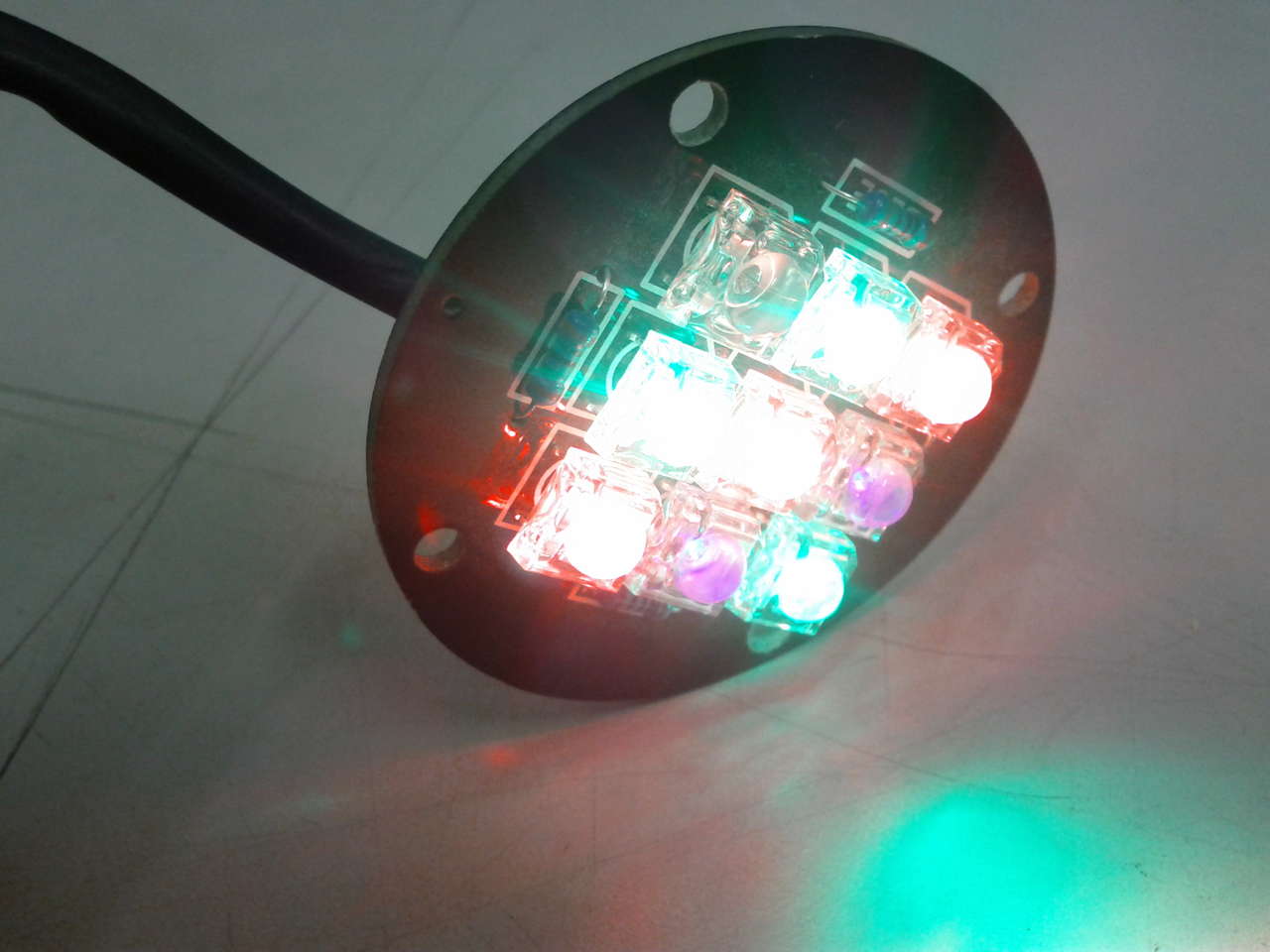 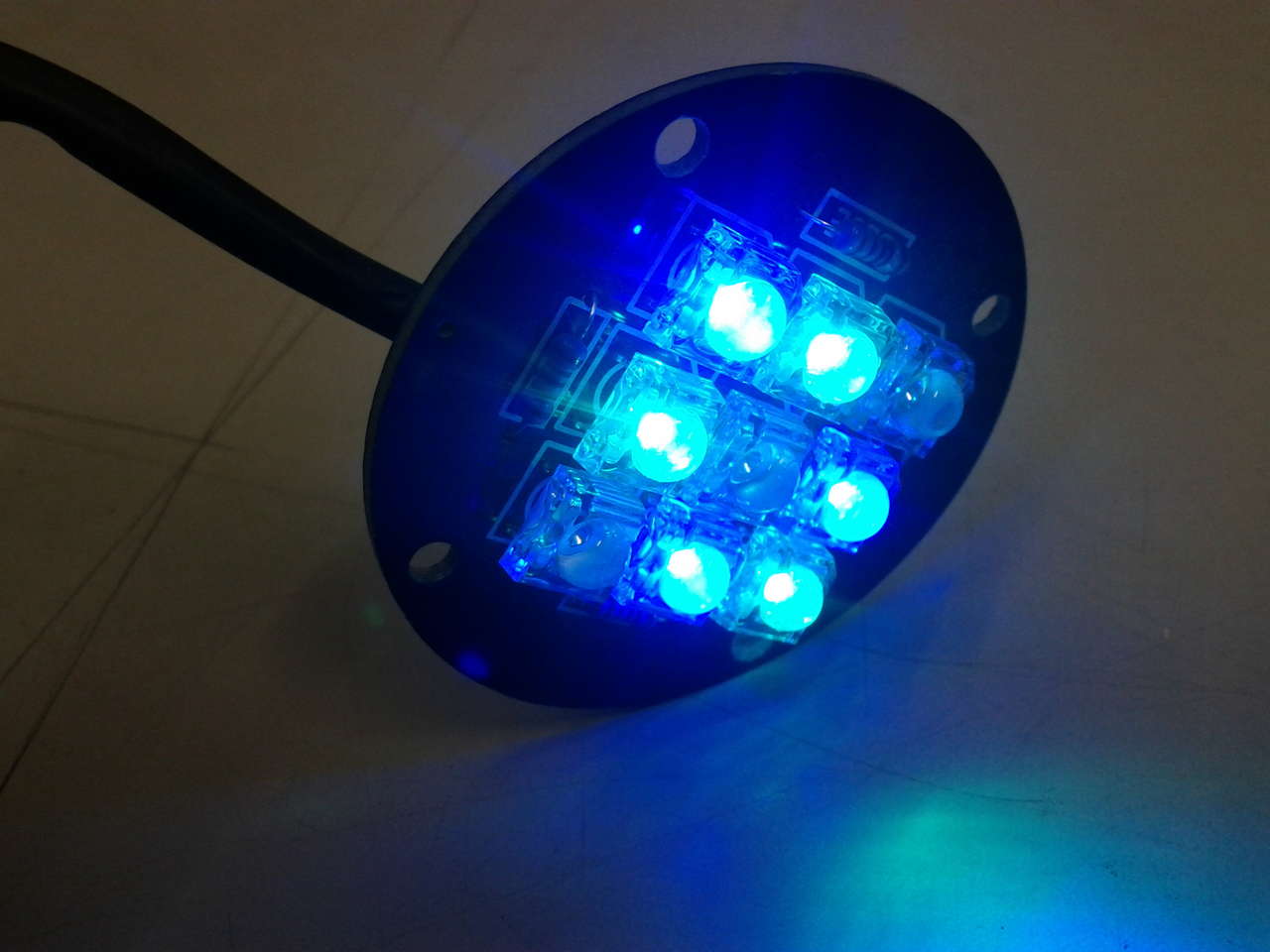