The Joule Thief is an interesting relatively simple circuit which allows a little bit more energy to be extracted from what would normally be considered a ‘dead’ battery. Typically a electronic device powered by 1.5V batteries considers a battery to be dead when the voltage drops below 1V. Items, such as mp3 players and TV remote controls, will not work when the battery voltage drops below this 1V level.

Actually, the battery is an electro-chemical cell and there is still more electro-chemical energy left within the battery, it just cannot generate more than 1V. The Joule Thief is a simple DC to DC converter which will step up a very low voltage (from approx 0.5V) to a higher voltage, which can be used to do something useful. In my case I have been using blue and white LEDs to make little torches.

I’ve made a few of these now – there is a load of info about them on the web. Check out these articles for great constructional details:

Also, check out the nottingham hackspace wiki, where I first made one of these devices: http://wiki.nottinghack.org.uk/wiki/Joule_Thief 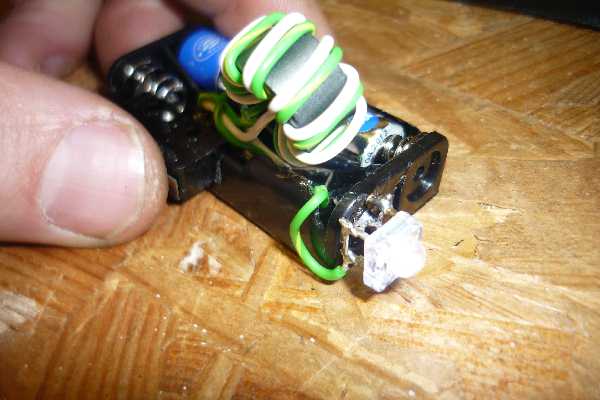 The finished joule thief, built into one half of a 2 x AAA battery holder. 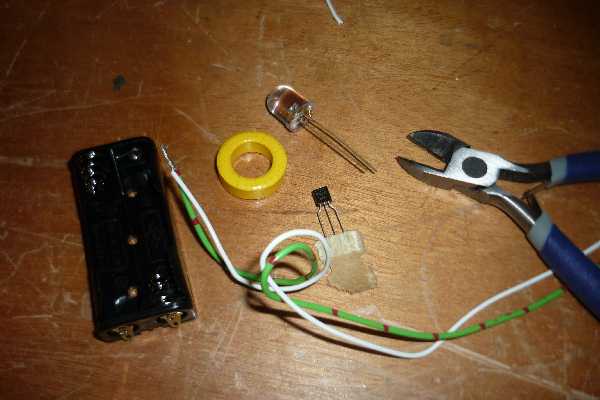 The parts required: BC547 transistor, 1k resistor, ferrite core, wire, a battery holder and an LED. Tools required are cutters, soldering iron.. umm thats about it. 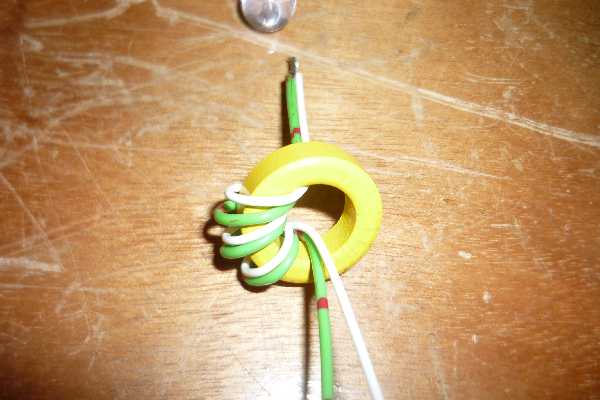 Winding the wire around the ferrite core. This yellow ferite came from an old computer mother board – it did not work in this circuit. I used a standard black ferrite in the end. If your circuit does not work then I suggest checking the wiring a number of times and then maybe it could be the wrong type of ferrite used. 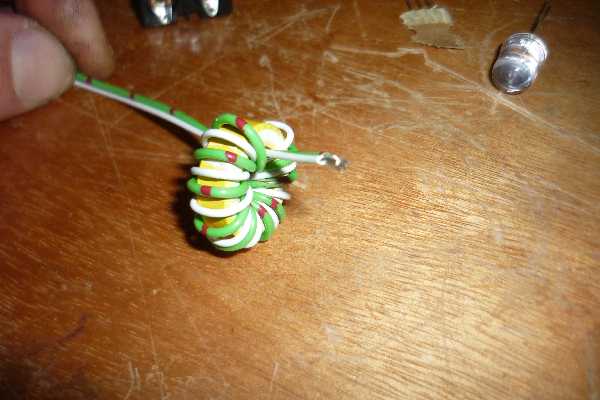 The finished ferrite with windings. Around 8-10 windings of two pieces of wire are required – check the links above for full constructional details. 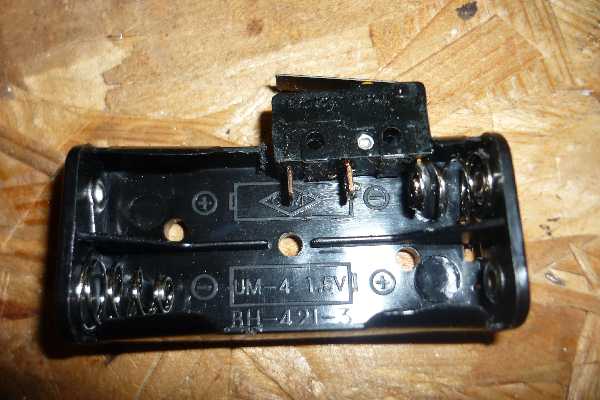 A switch from a very old computer mouse was used as the on/off switch. I cut away the battery holder to fit the switch and soldered directly to the battery spring. 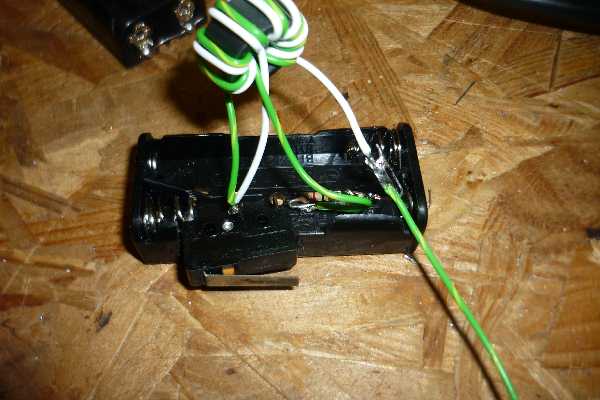 Soldering the ferrite and other components into the battery holder. This took a bit of fiddling. I did not use a circuit board, but wired components directly together. Make sure that the component leads do not bend and snap and that there are no short circuits. 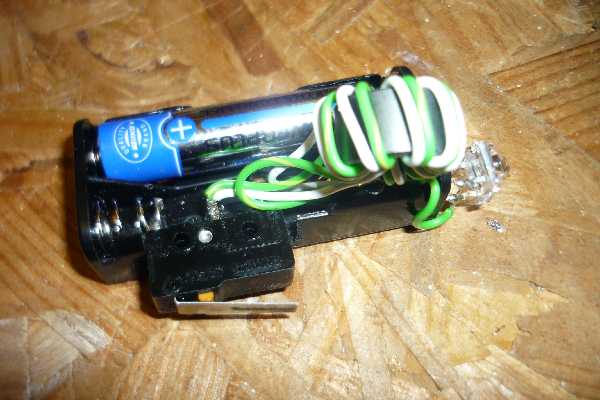 Testing the unit before gluing the parts down. 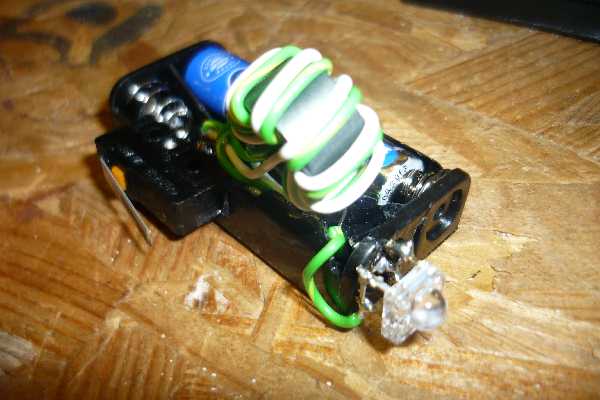 The LED was mounted on the end of the device – different LEDs were used, with different mounting methods.

I did read that you can get these components from a broken compact flourescent light bulb. I took one apart but it was a relatively old version and did not seem to contain the parts I needed. I will try taking other ones apart and post up any images if I find the right bits.

The instructions done for the nottingham hackspace Joule Thief workshop are available here.