Here are the Power and Voltage displays we were asked to build for a 12-bike pedal powered cinema in Brussels. 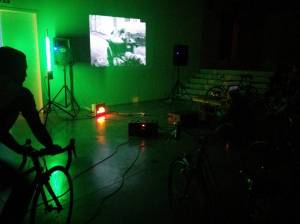 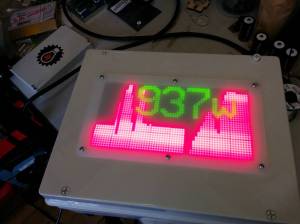 We also built a ‘power tube’ which showed either the voltage (to highlight when people should pedal harder) or the power generated (a bar graph which reached up to 2000W). 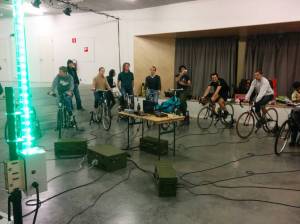 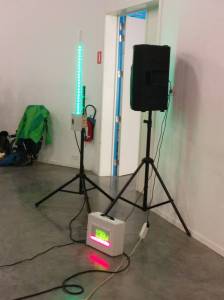 These were used at the inaugural Brussels pedal powered cinema and gave great feedback to the cyclists.

We managed to reach just over 1400W when we decided to pedal power a microwave….

More details about the design and build of these displays is available here at www.re-innovation.co.uk.