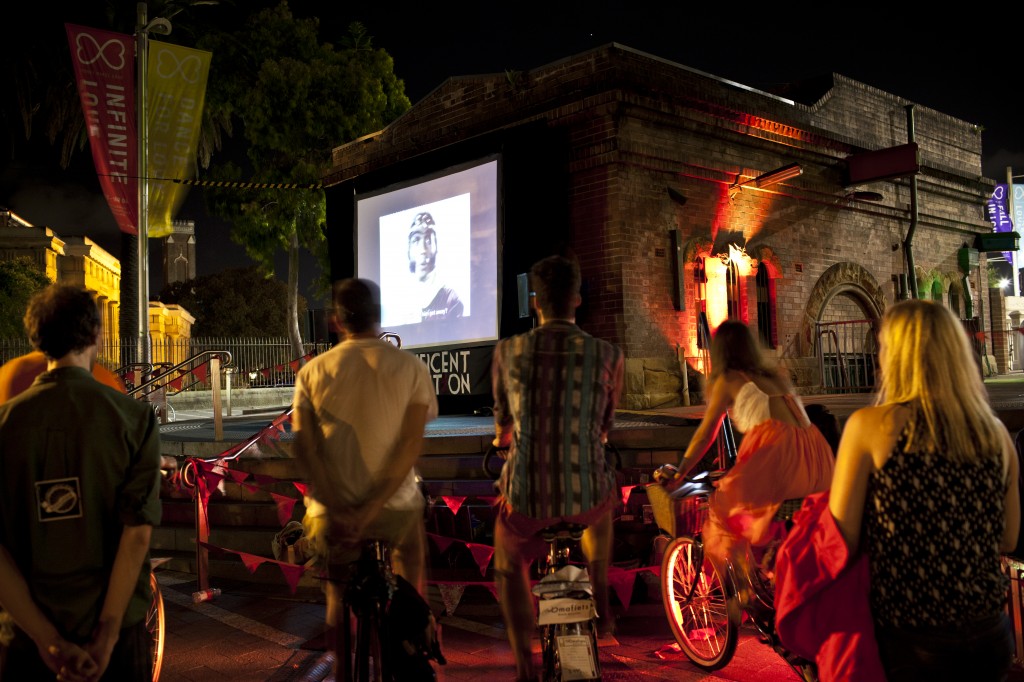 A few months ago we helped Magnificent Revolution Australia build their 8-bike pedal powered cinema.They recently used the pedal generator for a high-profile event in the heart of Sydney. More photos from the event are on their website here. It looked like a great event.
This followed the general design used for the Magnificent Revolution 20-bike generator, which I was involved with building a year ago. A blog post on the design and build is here. 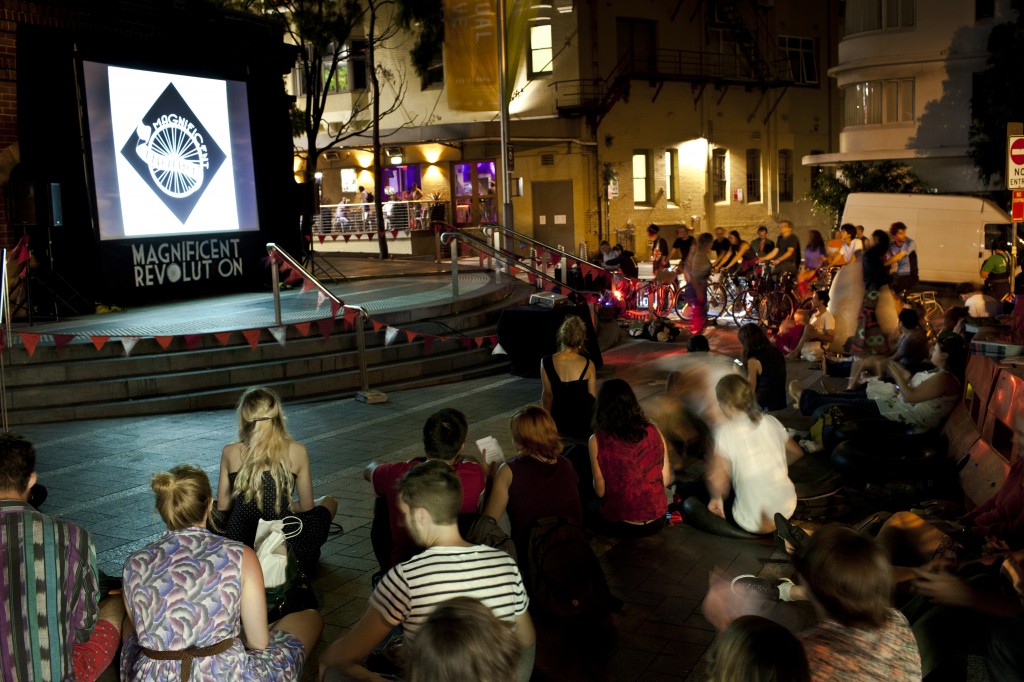 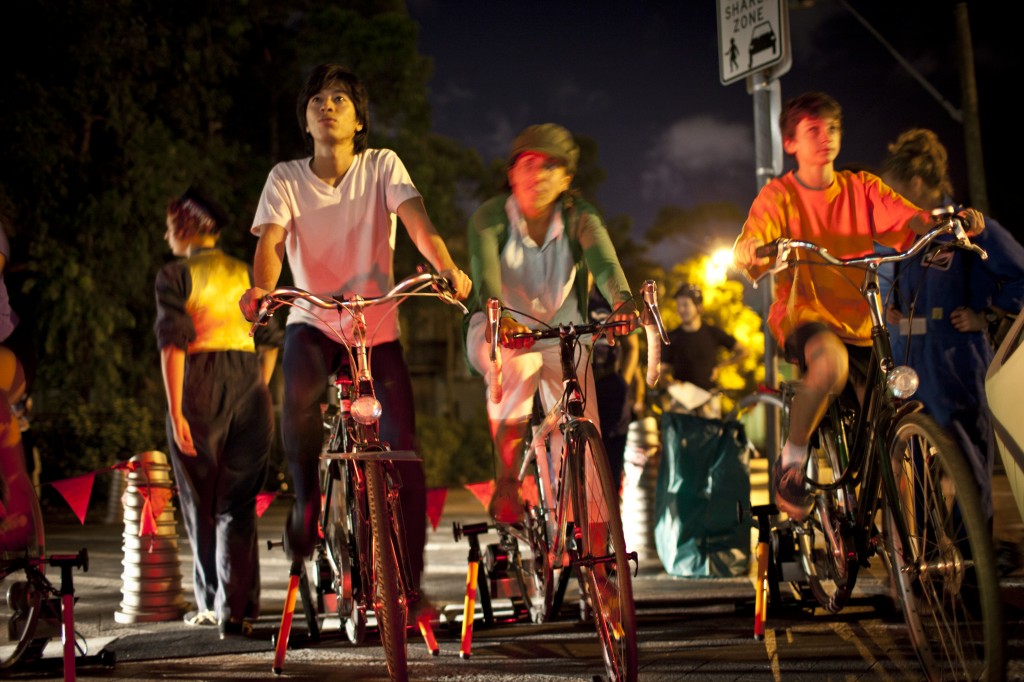 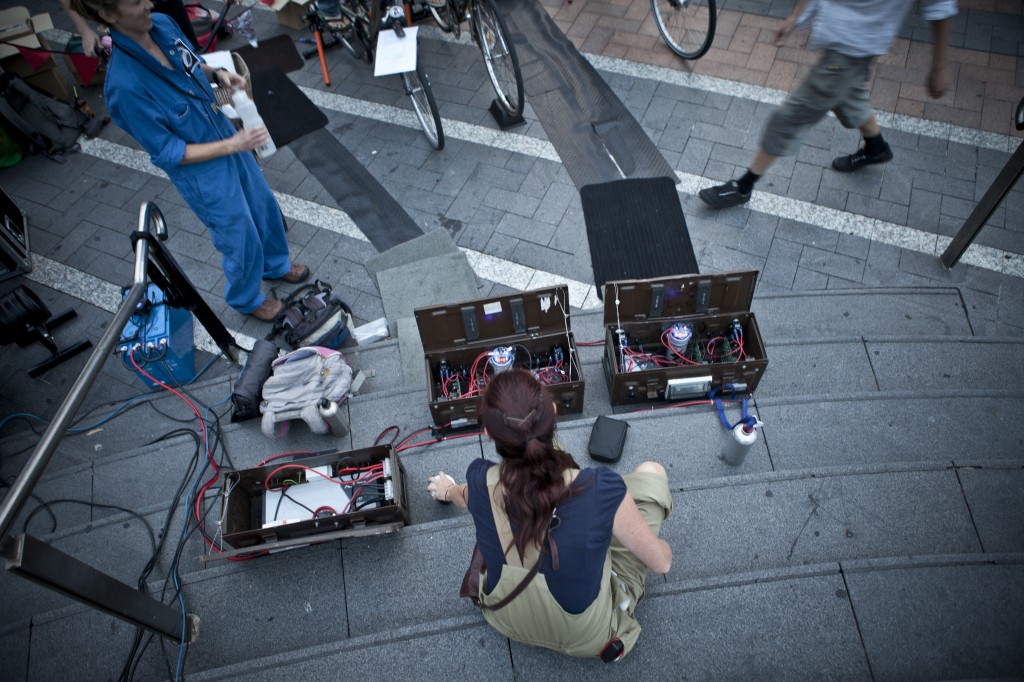 These were the power connection boxes built in the re-innovation workshop in Nottingham by Greer (who is making sure its all working in this photo) and myself.

She came up to Nottingham to build the main power equipment and wire it all up and test it. We had a fun week crimping, drilling and waiting for packages to arrive. She kept a great blog with photos here.

We only worked on the power system boxes, as the generators and bike stands will be built back in Oz. The system is pretty nice (I’m slightly jealous now – I need to build a new one for myself). It uses circuit breakers so that there is no fiddling with fuses. It is designed in three parts. There are two 4-bike systems which can be used on their own and one power connection box to fit the two 4-bike systems together and make an 8 bike system. All the systems can be used with or without batteries. Its designed to be pretty plug and play.

The wiring diagrams for the boxes and interconnection set-ups are here, in case anyone would like to make their own. We are also working on a fault-finding sheet.