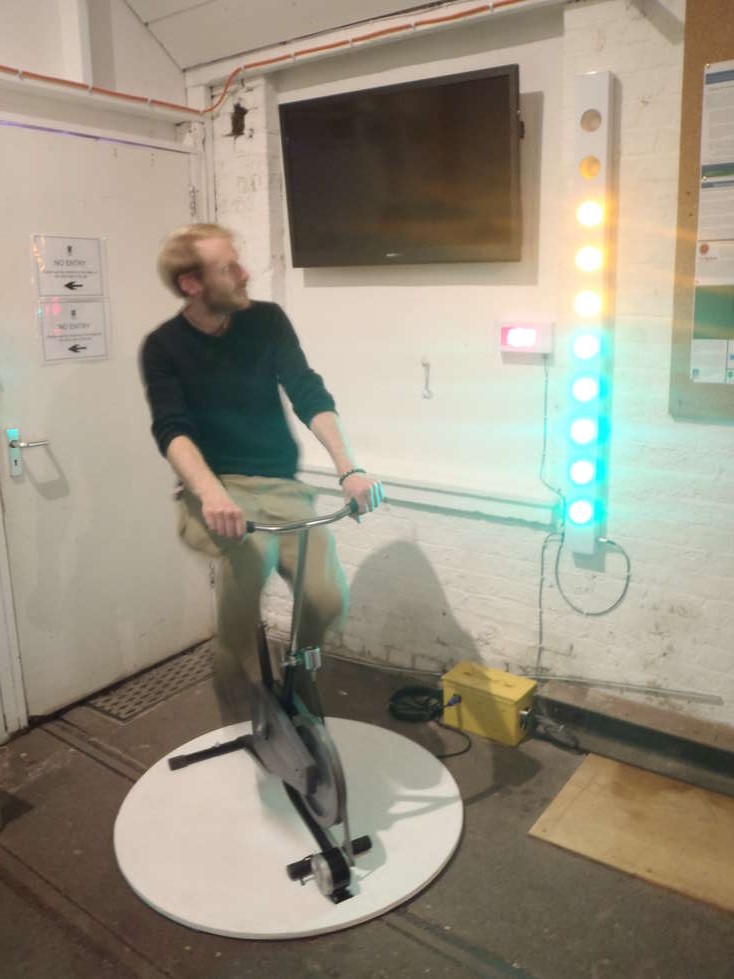 Bespoke Gear was comissioned to build the display system for an energy bike at the Arcola Theatre in Hackney, London. The energy bike is in the front-of-house at the theatre to help demonstrate and educate on energy consumption and efficiency.
This display system fitted to a pedal generator built by Magnificent Revolution. It has a bar-graph read out of the power and an actual value in Watts.
The system also worked as a voltage regulator, limiting the output voltage to 12V DC and shunting away the excess as heat, so that devices, such as phone chargers, can be plugged in for demonstration. The display is fully powered by the generator.

The system works really well as an obvious feed back system to help people understand their power and energy use. Check out the video here:

Here is the energy bike in more detail: 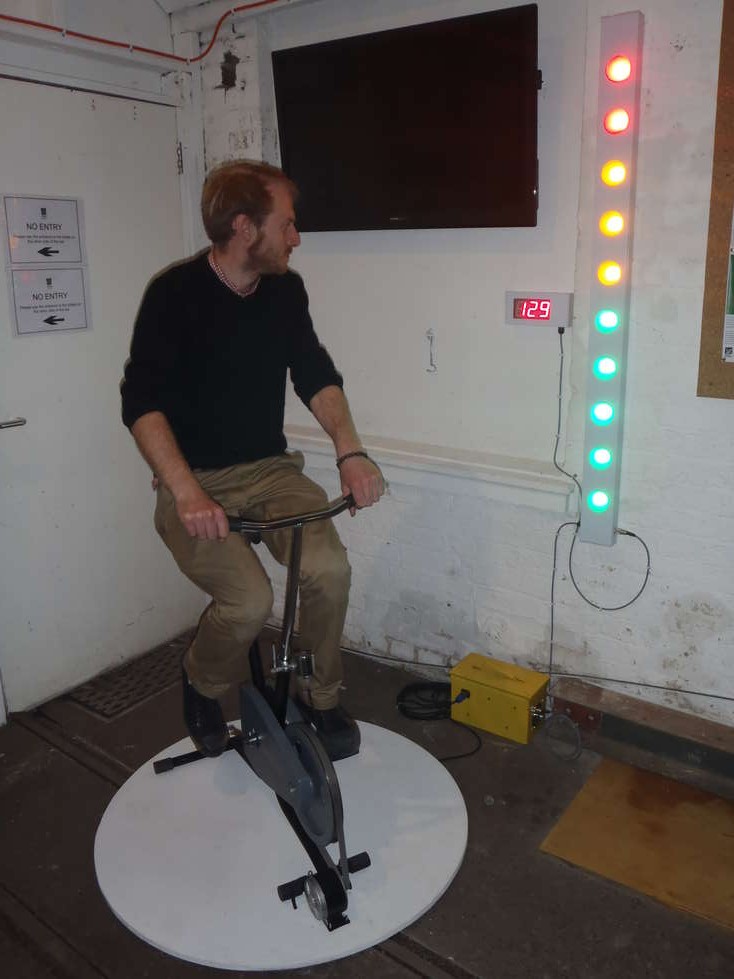 Adam hitting the maximum output light. The bar graph is scaled to 120W maximum, but the read out will go up to 999W. 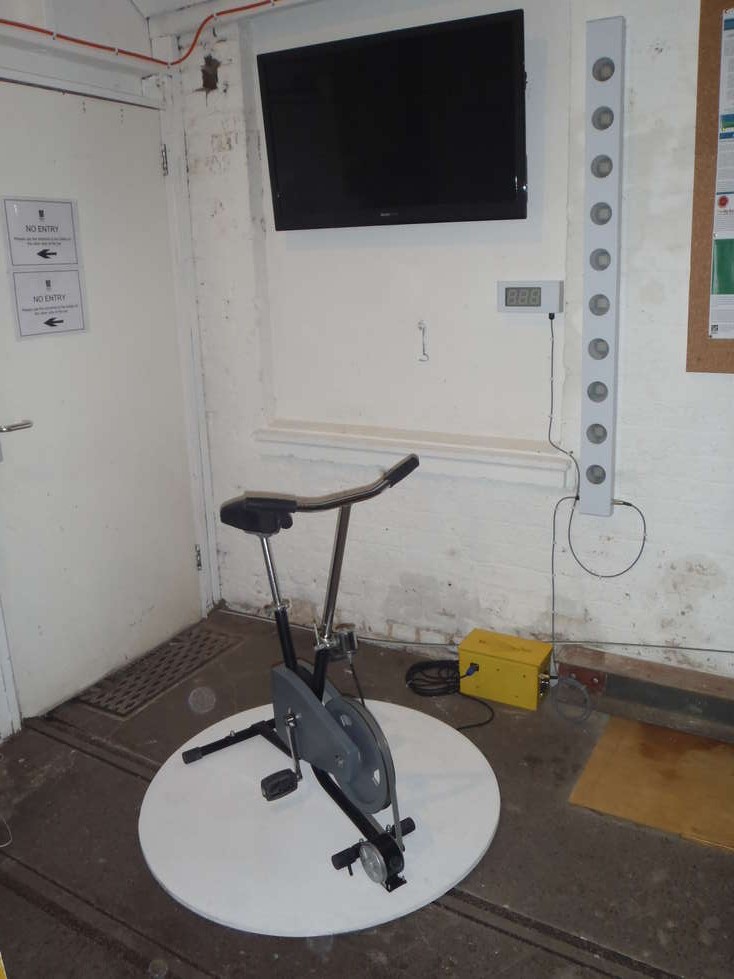 There are four main components – the generator bike, the yellow shunt and control box, the bar-graph display and the wattmeter reading.

The 10 segment bar graph was built using 12V LED light units designed by Big Clive and obtained with LEDs from Phenoptix. I have created an instructable for the giant bar graph, if you would like to make one of these yourself. 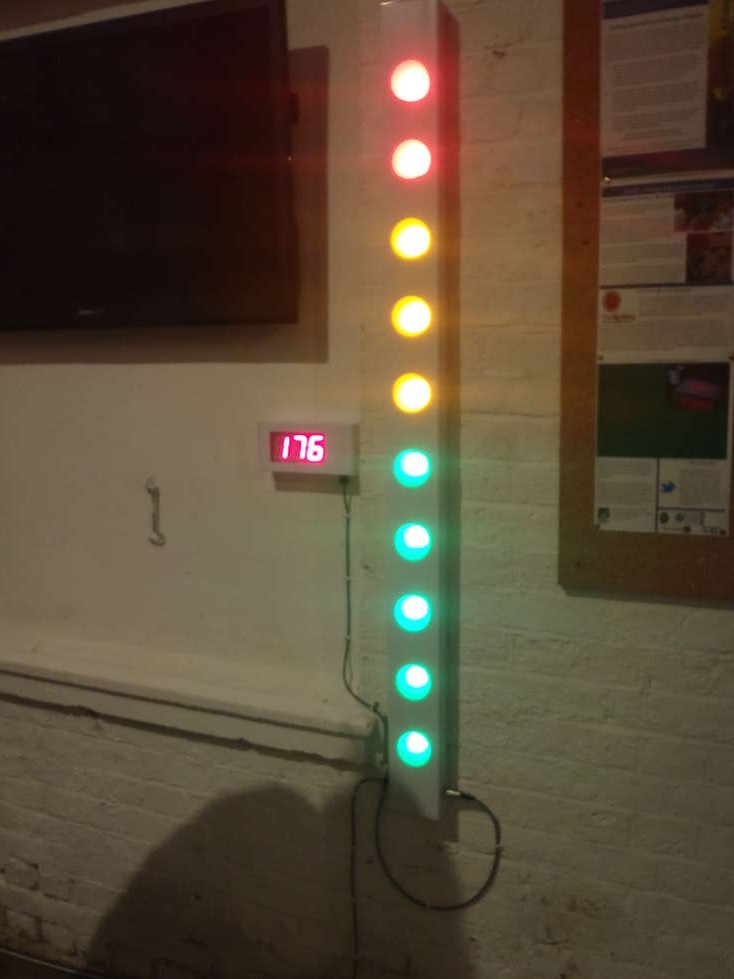 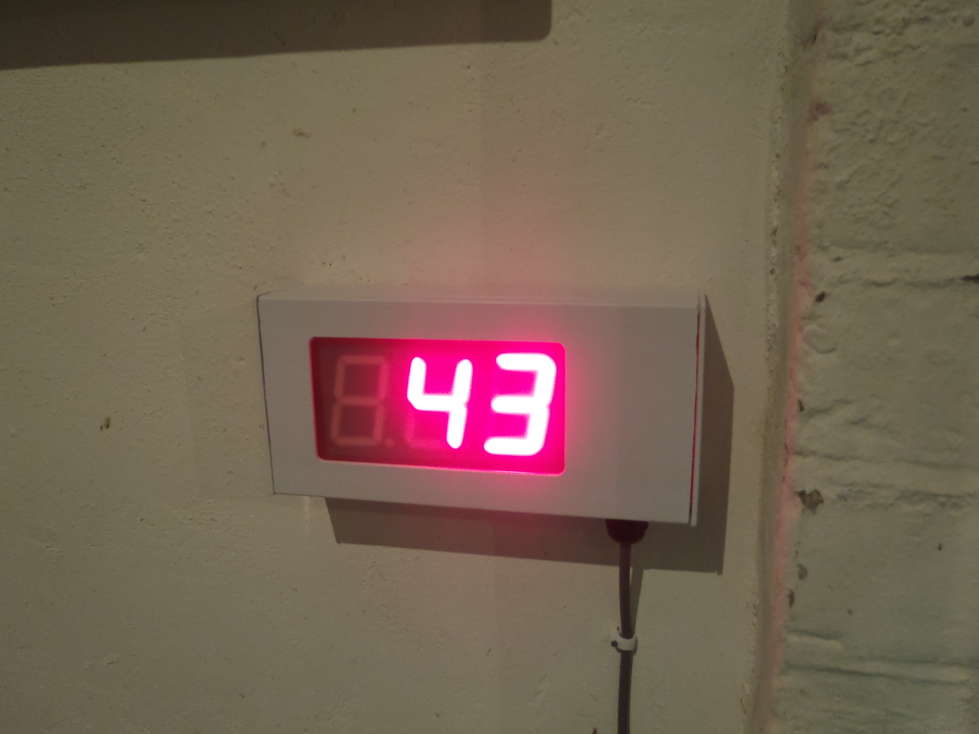 The 7 segment LED read out. 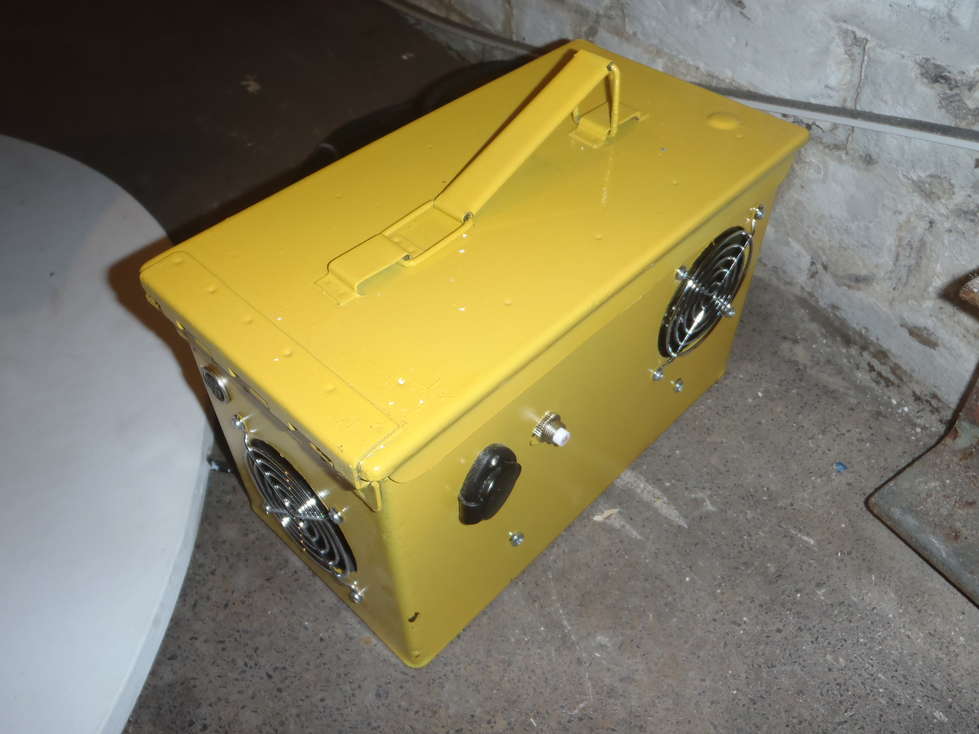 The control box which also controls the output power and limits the voltage to 12V DC. The cigar-type plug socket with fuse protection can be seen on the side. 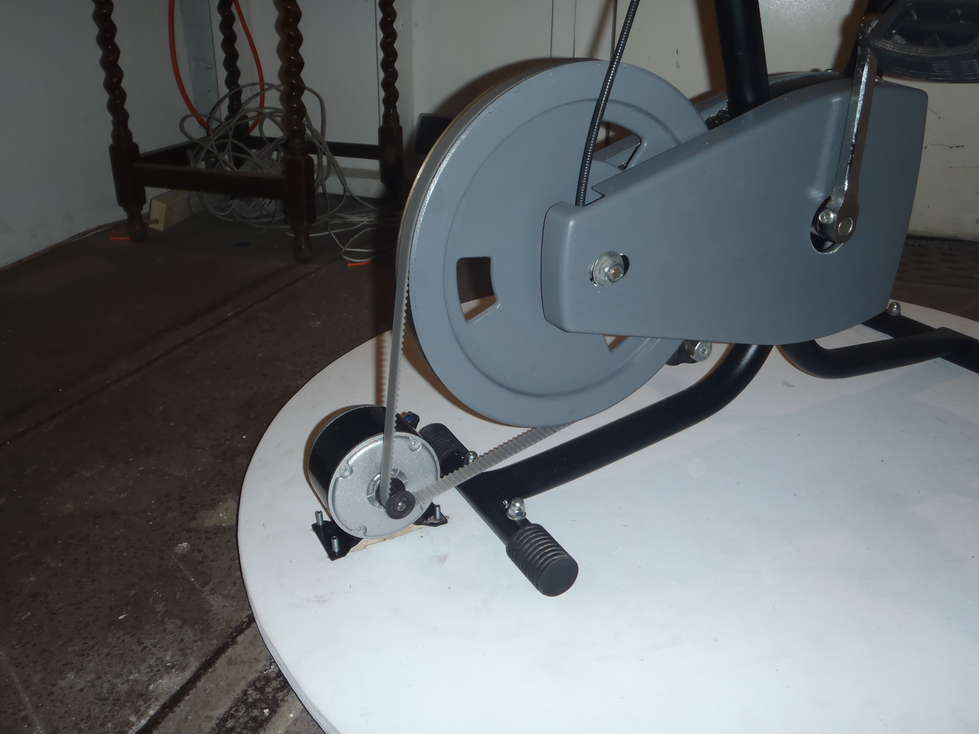 The belt-driver generator. This uses a Tunturi exercise bike.

The Arcola Theatre has a track record of interesting innovative green energy projects. They are pushing to be as carbon-neutral as possible and reducing their energy consumption in all areas. They are mointoring thier energy use within the offices, the theatre, the bar and the front of house to track and reduce. Last year they ran a series of events relating to environmental issues, for which I did a solar PV workshop.

This energy bike was installed alongside a solar powered 12V micro grid from Moxia Technology, which powers LED lighting and has phone charging points, and a very interesting energy monitoring system created by Matthew Venn, which shows the energy consumed via circles draw every hour by a robotic drawing system.
If you are passing then please go have a pedal and check out the other demonstrations.